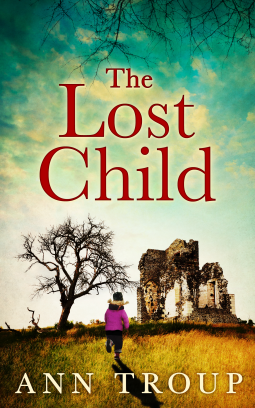 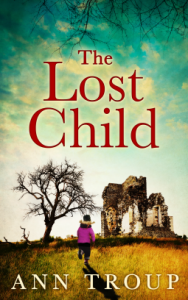 Thank you to NetGalley for sending me this book in return for my honest review.

The idea on which this book is based is by no means a new one: a child disappears, is presumed dead, but then unexpectedly returns many years later. However, Ann Troup presents a thoroughly refreshing view on the original concept.

Troup’s writing flows in such a way that it is a delightfully easy-to-read story. Her writing has a comfort and ease to it that I found thoroughly enjoyable, making me finish the book much sooner than I would have liked!

Elaine Ellis’s mother has died, and not knowing where she would have wished her ashes to be scattered, Elaine decides that the best place would be where her mother grew up, in the village of Hallow’s End. She settles into the holiday cottage she’s rented and quickly gets to know the locals and the story of the disappearance of 3-year-old Mandy Miller, something the village has never quite managed to put behind them, even though it happened 30 years ago.

As Elaine starts to unwind and get used to her surroundings, she establishes a relationship with troubled teen, Brodie and becomes enmeshed in the girl’s fixation with little Mandy’s disappearance.

This is not your everyday mystery or thriller. It’s an intricate look at the complexities of various relationships – between siblings, parents and children, partners and even with those who we find ourselves forced to co-exist with in close proximity. There are twists, surprises, and ‘A-ha’ moments aplenty! Troup’s characters are well-developed and engaging. Some are likeable, some are not; some are easy to understand, others are frustrating in their inability to react and interact as we’d like them to.

The Lost Child is well-written and exciting, and you won’t want to put it down until the very last word! It’s due for release on 19 May 2015.

One thought on “BOOK REVIEW – The Lost Child by Ann Troup”