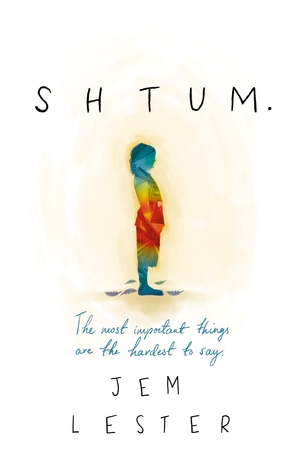 Thanks to Netgalley, THE Book Club (FB) and the publisher for my advance copy of this book in return for an honest review.

Ben and Emma Jewell have a severely autistic son, Jonah. This is not the autism that is so often dramatised for Hollywood purposes; he is not a savant, he has no exceptional abilities. Jonah cannot speak and at the age of 10 is still incontinent and often violent. It is a wretched, isolated daily reality for his parents who now have to face a municipal tribunal and explain to them why their son should be sent to a costly residential facility where he will thrive, rather than the inadequate daily institution that’s been recommended, which is totally unsuitable for his needs, but rather more suitable for the civic budget.

Emma convinces Ben that their case will hold more weight if they separate, and if he presents himself as a single father caring for his problem child. So he and Jonah move in with Ben’s elderly father Georg, and Emma promptly goes AWOL (I swear, I wanted to strangle the woman!).

Georg and Ben have never had a comfortable relationship. They simply cannot communicate. Ben is desolate without Emma and finds it easier to sink himself into an alcoholic stupor, making him unable to run the family business, and adding to his already rather large mountain of complications that are the current sum-total of his life. And to make things even worse, there’s the ever-present presence of Georg’s annoying friend Maurice. Why is he always around? Can’t he just leave them all alone and stop interfering? It’s really all too much for him to be expected to handle!

But immediately we see that there’s something special and unique about the relationship between Georg and his non-communicative grandson Jonah: it’s absolutely beautiful – they’re able to communicate perfectly! Their connection is one of the most awe-inspiring literary relationships I’ve ever witnessed. And through silently watching their interaction Ben learns so much about his father that he’s never understood.

This book is about so much more than the heart-wrenching struggles of parents desperate to do the best for their beloved and vulnerable children, but who are faced with the challenges of battling a gruelling, bleak system which is unsympathetic to emotions and only understanding of balance sheets.

This is a story of how we need to listen to what’s not being said; how we have to hear what hasn’t been shared; how we must understand without being told. It’s a story, predominantly about men and about how none of these things come easily to them, and how agonising it is for them to go through the process of opening up to each other.

This is a highly recommended must-read, due for release at the beginning of April 2016. Jem Lester has served up a gem!