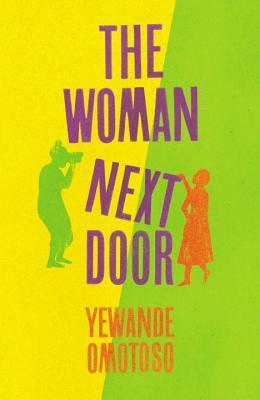 Hortensia James and Marion Agostino are neighbours in the affluent (fictitious) Cape Town suburb of Katterjan Estates. They’re both getting on in years, struggling to deal with their past successful careers that they can no longer use to define who they are, and using the Estate committee meetings as the battleground for their intense dislike for each other.

Both are embittered by the deep disappointments that life has dealt them: marriages that weren’t what they anticipated; for Hortensia, the lack of children, and for Marion, four children and the undeniable realisation that she has failed dismally at motherhood. They are unable to leave past hurts behind them. Marion cannot get over the fact that Hortensia is living in the perfect house that she designed in the heyday of her architectural prowess, while she, Marion is living next-door to her. But what irks her the most is that Hortensia dared to come and live in Marion’s neighbourhood, snubbed her when she first arrived, and still has the nerve to behave as if she’s as good, if not better, than all of those who’ve lived there much longer than she has, when she’s not even white!

In post-Apartheid South Africa, this is really the crux of the feud between these two women. Because Marion is a racist snob, and will go out of her way to point out to anyone who will listen that when the fine balance of things gets tilted, the entire world can spin off its axis. She therefore feels that it’s her civic duty to maintain order in her little empire of Katterjan Estates. If that means waging war with Hortensia then she’s fully prepared to take her on.

However, she doesn’t quite reckon on someone who’s just as bolshie as she is! And both of them also forget that the universe has a funny habit of throwing us curveballs when we least expect them. I couldn’t help wondering what Hortensia and Marion would have been like had they lived in another place and time. What would their relationship have been like? This question continues to intrigues me, and I can’t help imagining them quite differently, almost in an alternate universe!

This is an intricate, profound novel about the complexities of growing old and the desperate need to cling to long-held beliefs and philosophies, even when hit by the rising dread that these might be wrong. It delves into how we’re moulded by family, country and political sublimation, despite our adamant claims that we’re free-thinkers.

Omotoso’s writing is intense, dignified, moving and provocative, as are her characters. She will challenge you to think and to question; to look deep inside yourself and examine your interactions and relationships with those close to you, as well as your reactions to those who are different from you.

In case you hadn’t guessed, I highly recommend this book!