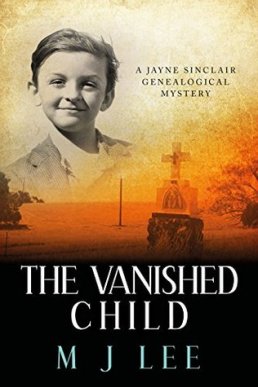 Jayne Sinclair is a genealogical investigator. She basically traces lost relatives. However, she herself seems somewhat lost. Her husband has left her, and she’s drifting about feeling quite sorry for herself. She is not the strongest protagonist.

Her latest case is not helping matters much. Her elderly father’s new wife, Vera, reveals that her own mother, on her deathbed, mentioned a son that neither Vera nor her brother had any knowledge of. She’s desperate for Jayne to discover if there really is a long-lost brother out there, despite her existing brother insisting that these were just the ramblings of a dying woman.

The story alternates between present day (well, starting in June 2017) and the 1950’s, with the present day storyline being based wholly around Jayne and her attempts to discover whether this other brother of Vera’s actually existed, and who he might have been. I found the writing repetitive and somewhat clumsy. It seemed to be aimed at a much younger audience.

However the 1950’s storyline was extremely absorbing, although terribly heart-wrenching and at times downright disturbing! The history of the child migrants is not generally a well-known one and Lee has researched this well. The treatment of these children, some who were truly just infants, was utterly deplorable and beggars belief at times! The Church and its role in the entire saga has a lot to answer for, although at the time, those involved honestly believed they were doing what was best.

I didn’t enjoy this book, or the writing, and I’m giving it 3 stars mainly for the subject matter. But one other aspect that I really liked was Jayne’s dad, Robert and his wife Vera: this older couple who had found love at an advanced age and had married and the way that Lee portrayed them and their relationship was absolutely delightful and I loved that!