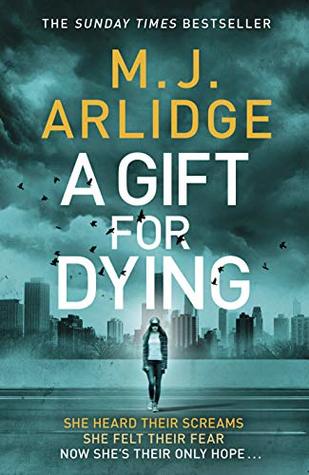 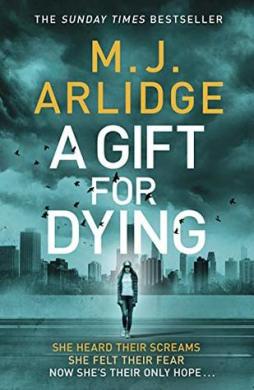 Troubled teen, Kassie Wojcek has a gift – she can look into someone’s eyes and know exactly when and how they’re going to die. So she keeps to herself, and tries her best not to look people in the eye. But when she bumps into a high profile assistant state attorney, triggering a chain of events and a search for a serial killer, her plans to remain out of sight are cut short.

She’s thrown together with forensic psychologist Adam Brandt who’s assigned to assess her, and who understandably struggles to believe what Kassie claims to have seen. Battling his own current family situation, Adam tries to balance what’s going on at home with his work issues, which seem to become more complex by the day as Kassie starts to take up more and more of his time, and the case becomes increasingly sinister.

Tracking the killer is Detective Gabrielle Grey, who I absolutely loved! Determined to do a thorough job, while balancing being a wife and Mother at the same time, she represents the consummate struggle of all women trying to achieve what seems impossible, but getting through each day – one day at a time – some better than others, sometimes feeling crappy and thinking you can’t get lower than this, and sometimes feeling on top of the world, triumphant at what’s been accomplished! Did I mention … I loved Gabrielle Grey!! Well done to M.J. Arlidge – a man – for creating her!!

In its entirety, A Gift for Dying is a fast-paced, gasp-inducing thriller. It’s somewhat gruesome in parts, and it took me a bit of time to find my way through the characters. But once I figured them all out, I quickly raced through this and especially enjoyed the supernatural edge. It’s not just about the creepy premonitions and the gruesome killing spree though. This is a novel that digs deeper, investigating belief, relationships (between parent and child, husband and wife, colleagues and mentors), the teetering balance between darkness and light and what it takes to make the choice between the two.

I give it 4 shiny stars and would definitely recommend it.
About the author: 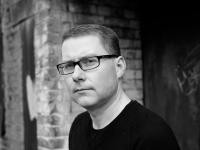 M. J. ARLIDGE is a novelist, screenwriter and producer. In 2014, his debut novel Eeny Meeny was selected for the Richard and Judy Book Club. It swiftly became a Sunday Times Bestseller and was the best selling crime debut of the year. It sold to over 30 countries worldwide and has been optioned for development by the BBC. Seven subsequent Helen Grace novels have followed, all of them bestsellers. In 2017 Matt won the 2017 ‘Dead Good Reader Award for Best Female Character’ as voted for by crime fans.
Matt’s father was a criminal barrister, his mother a French teacher. Arlidge studied at University College School, before completing an English degree at St John’s College Cambridge. There he met his future wife, won the Douglas Chivers Prize for Shakespeare scholarship and mastered the specialist art of punting. All of his siblings work in the Arts, being a violinist, journalist and musical comedienne respectively. In 2016, his eldest sister, Catherine, was awarded an MBE for her services to musical education. Matt now lives in Hertfordshire with his wife and two children. When he isn’t writing, he can be
found playing tennis. His other great passion is travel – he and his family having visited India, Jordan, South Africa and the States in the past few years. As an eighteen-year-old, he taught in Southern India for several months and retains an enormous affection for that country. He reads voraciously – crime thrillers, history and biographies – and has a weakness for Bond films, 90’s music and liquorice allsorts.
SCREEN WRITING:
Matt Arlidge began his career in television, producing a host of popular dramas, including Eastenders and Monarch of the Glen. Later he specialised in TV crime drama, particularly domestic thrillers, such as Torn, The Little House and Undeniable, before moving from producing to screenwriting and now writes regularly for the hit BBC series Silent Witness. Matt’s first original piece for television was the critically acclaimed drama Innocent starring Hermione Norris and Lee Ingleby. It was broadcast on ITV in May 2018 and proved one of the most popular drama series of the year with record breaking audiences.

Many thanks once again to Tracy Fenton of Compulsive Readers for inviting me along for a thrilling, roller-coaster ride! Check out what these fabulous bloggers have to say about A Gift For Dying … 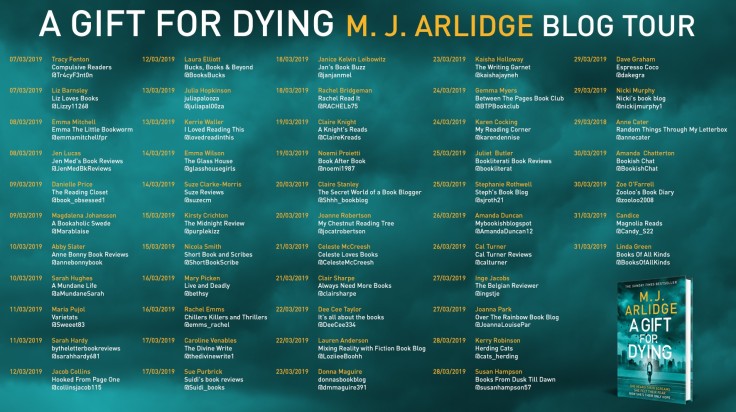