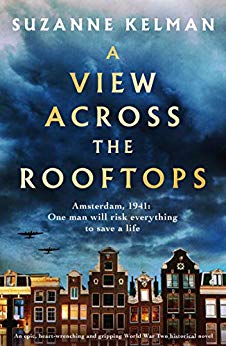 There are some books for which a 5-star rating just isn’t sufficient – A View Across the Rooftops is one of those books!

It’s not ‘just another war book’; not ‘just another Holocaust story’. No story about war is ever entirely one of fiction and in that respect, this book too draws heavily on fact, basing itself in Amsterdam and making use of many known incidents and individuals of that time. The story itself developed from one that was told to the author about an act of heroism that was committed in order to save a life. And indeed, the surname of one of the main protagonists is ‘Held’, which translated from the Dutch means ‘hero’.

Josef Held is living his own quiet insular life in Amsterdam during 1941 when the Nazi’s occupy his home town. He’s a Mathematics professor at the local university and is determined to continue as he’s always done since losing his beloved wife Sarah many years before. This is not his war; it has nothing to do with him; he suffers his own pain and doesn’t need to know of anyone else’s. As the number of students attending classes start to dwindle, and as food becomes scarce, Josef reminds himself that if he keeps his head down, all will be right with his world.

But this all ends abruptly when the brutality and ugliness of war arrives, literally, on his doorstep – in more ways than one – and he finds that he can no longer be a bystander to what is happening around him. Much to his surprise, he agrees to hide Michael Blum, one of his students – actually not even one of his favourite students (at all!) And so, Josef’s world that has been so dark for so long, starts to brighten … strangely during one of the darkest times of history.

I can’t even begin to describe all the nuances of this book, the way that it alludes to the many types of relationships required by various people at the different stages of their lives. It also shows how utterly cruel mankind can be and how people use each other and then cast them aside as if they’re mere things.

Ms Kelman’s characterisation is absolutely incredible. I could picture each and every person that she had crafted in those pages. They all came to life. Josef’s niece, Ingrid: desperate to be loved and to fit in somewhere … anywhere; the lovely, understated Hannah, together with her mother Clara, and the young Eva; the brutal, determined Heinrich with his single-minded aim to fulfil his designated task, whatever the cost. Each and every person – even Josef’s pet ‘Kat’ – was so perfectly depicted.

This is a beautiful story. Yes, it’s sad and painful to read. It’s poignant and heartbreaking, moving and tragic. But it is also inspiring and hopeful, leaving readers with a huge sense of optimism and faith that there are most certainly sparks of good to be found in humanity, even in its deepest, gloomiest depths.

Do yourself a favour and click on some of the research links that have been included at the end of the book for even more fascinating insights into Holland in World War II, the Resistance and other related topics.

Suzanne Kelman is a 2015 Academy of Motion Pictures Nicholl Finalist, Multi-Award-Winning Screenwriter and a Film Producer. As well as working in film she is also an International Amazon Bestselling Fiction Author of the Southlea Bay Series – The Rejected Writers’ Book Club, Rejected Writers Take the Stage and The Rejected Writers’ Christmas Wedding. Born in the United Kingdom, she now resides in Washington State.

Thank you, thank you, thank you to Bookouture for giving me the opportunity in participating in the blog tour for this fantastic book! Take a look at what other bloggers have to say about A View Across the Rooftops … 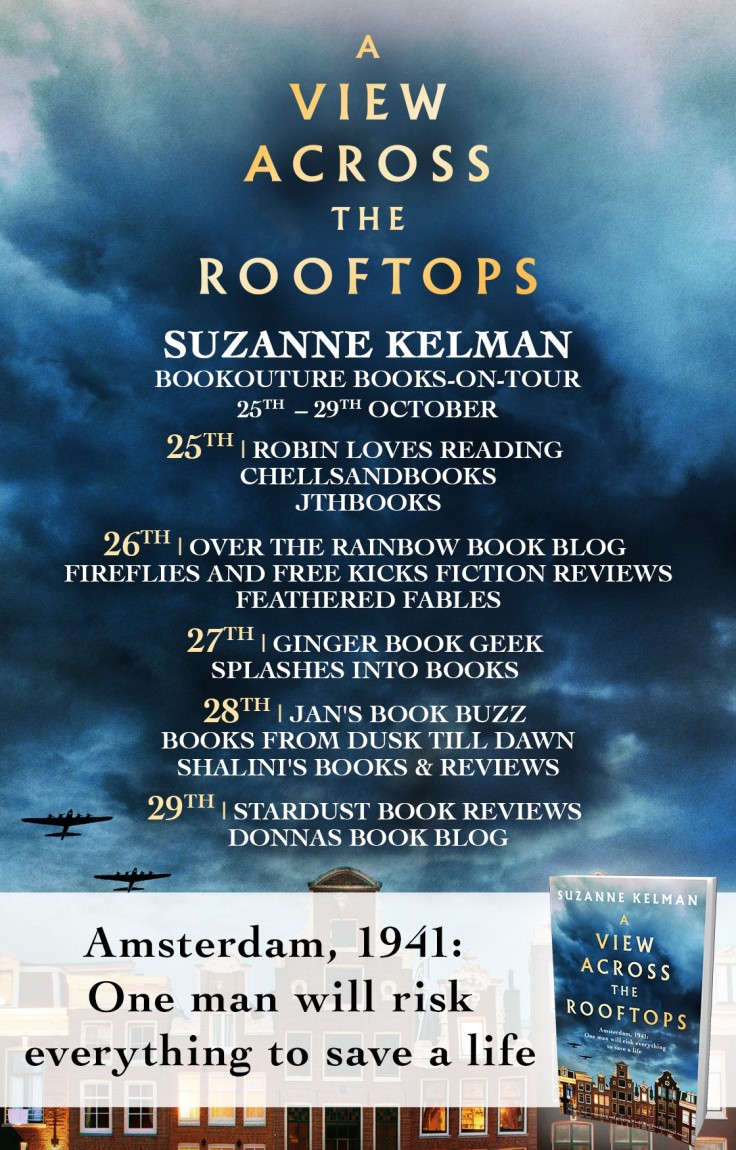