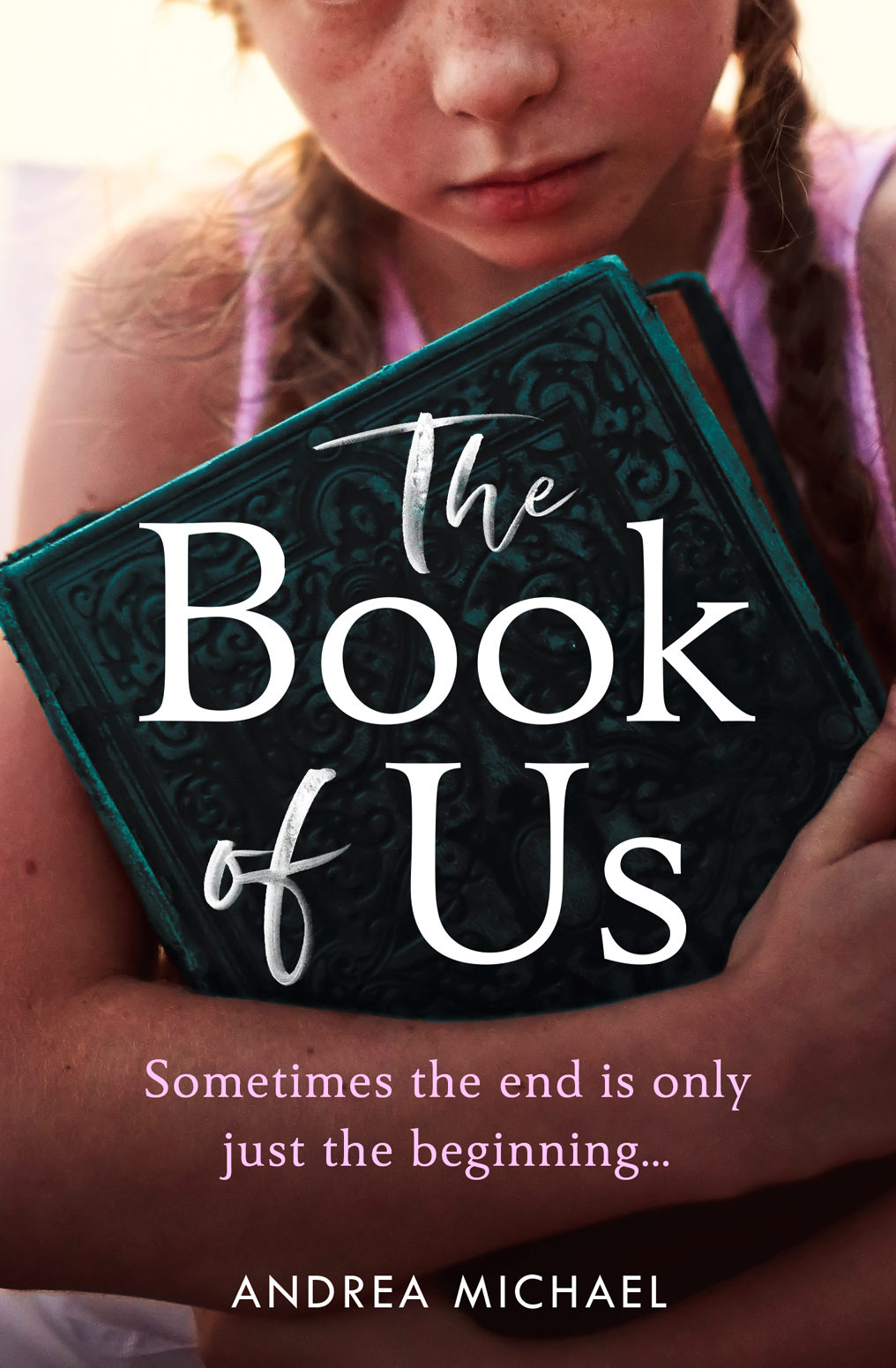 Thrilled to be kicking off the blog tour today for The Book of Us by Andrea Michael!

Lauren (Loll) and Cassidy were best friends at university but have since drifted – well, actually ‘life’ got in the way, and there’s a big rift between them. But now Lauren’s husband has left her – at Christmas-time, no less – and suddenly Cass has reappeared, wanting to repair their relationship. So Lauren takes the plunge and goes to spend New Year with Cass – much to everyone’s surprise (including her own).

She’s shocked to discover that not only does Cass have a daughter, but that this child is the product of a one night stand between Cass and Loll’s soon-to-be-ex-husband, Darren! Once she puts her initial trauma aside though, she can’t help falling in love with Vee who has inherited all the charms of her mother. And these are traits that she will need to get her through a difficult time, as Cass has ulterior motives in summoning Loll back to her side: she is dying and wants Loll to accompany her and Vee on one last wild adventure. She has asked Loll to bring with her ‘The Big Book’ … basically a scrapbook of ‘bucket-list’ ideas that they’d put together in their heady younger days when they thought that nothing could come between them, and that together they could conquer the world!

Loll and Cass had their ‘roles’ in their previous friendship, and it’s going to take some getting used to, to find their place in this new reality that they find themselves in. They’re not carefree university students any more. Back then, Loll was passive (although she still is that in many ways) and very much in Cass’s shadow … Cass was the one in the spotlight, the one that everyone noticed and who’s limelight they all wanted to be part of. But now, Cass’s place in the sun is waning and although she’s still got strong ideas and emotions, she knows that she needs to stand aside and allow Loll to step up and be seen … something neither of them is used to. And then, there is little Vee to consider, something that is painful for both of them, yet something that needs to eclipse both their needs.

Although this is a somewhat predictable story, the telling is still beautiful and poignant in its own way. Loll hasn’t had the opportunity to really find herself in life. She’s always been outshone by others, told that she’s not good enough, not outspoken enough, or not strong enough to achieve what she wanted to, and so she’s never really managed to ‘step up’ and take her place where she’s wanted to be in her own life. I wanted to scream at the people she surrounded herself with – including her own mother, who seemed to see so much value in others, but not in her own daughter … tantamount to abuse really! But it’s a sad fact of life, that this is what people do.

Loll isn’t particularly sure of herself. Character-wise, I found her to be quite confusing (and confused!) as I wasn’t really sure of her at all. For someone who’s qualified in law, been married and reached her late twenties, she lacks any backbone whatsoever and seems ready to be guided by whatever decisions are made for her. Cass on the other hand, having drifted through life on her wits, has reached a point where she’s literally been forced into a direction that she obviously was nowhere near ready to take, and which her personality and character have huge difficulty adjusting to, yet, here she is, having to make massive gut-wrenching decisions that she won’t be around to see the outcome of! Although she isn’t the most likable individual, one can see the character development and understand her motivation.

While at times this was incredibly sad and painful to read, I found there was something about this book that lacked the depth I would have liked. I’m positive though that this had more to do with my current state of mind than the book itself!!

Many thanks to Rachel’s Random Resources for inviting me on the blog tour. Follow the tour and take a look at what other bloggers have to say about The Book of Us …

Andrea Michael writes books to explore complicated relationships. Having trained in using writing for therapy, she really believes in the magic of stories to change your life. Failing that, sparkling wine and obnoxious sing-a-longs also do the trick.

Andrea works in content marketing, and runs Writing for Wellbeing workshops. She lives in Hertfordshire with her fiancé and their crazy cat, and can be found reading in a comfy corner or digging something at the allotment.

You may also know her from her romantic comedies written as A L Michael.

Andrea is represented by Hayley Steed at Madeleine Milburn. The Book of Us is her thirteenth book. She’s hoping it’s lucky.