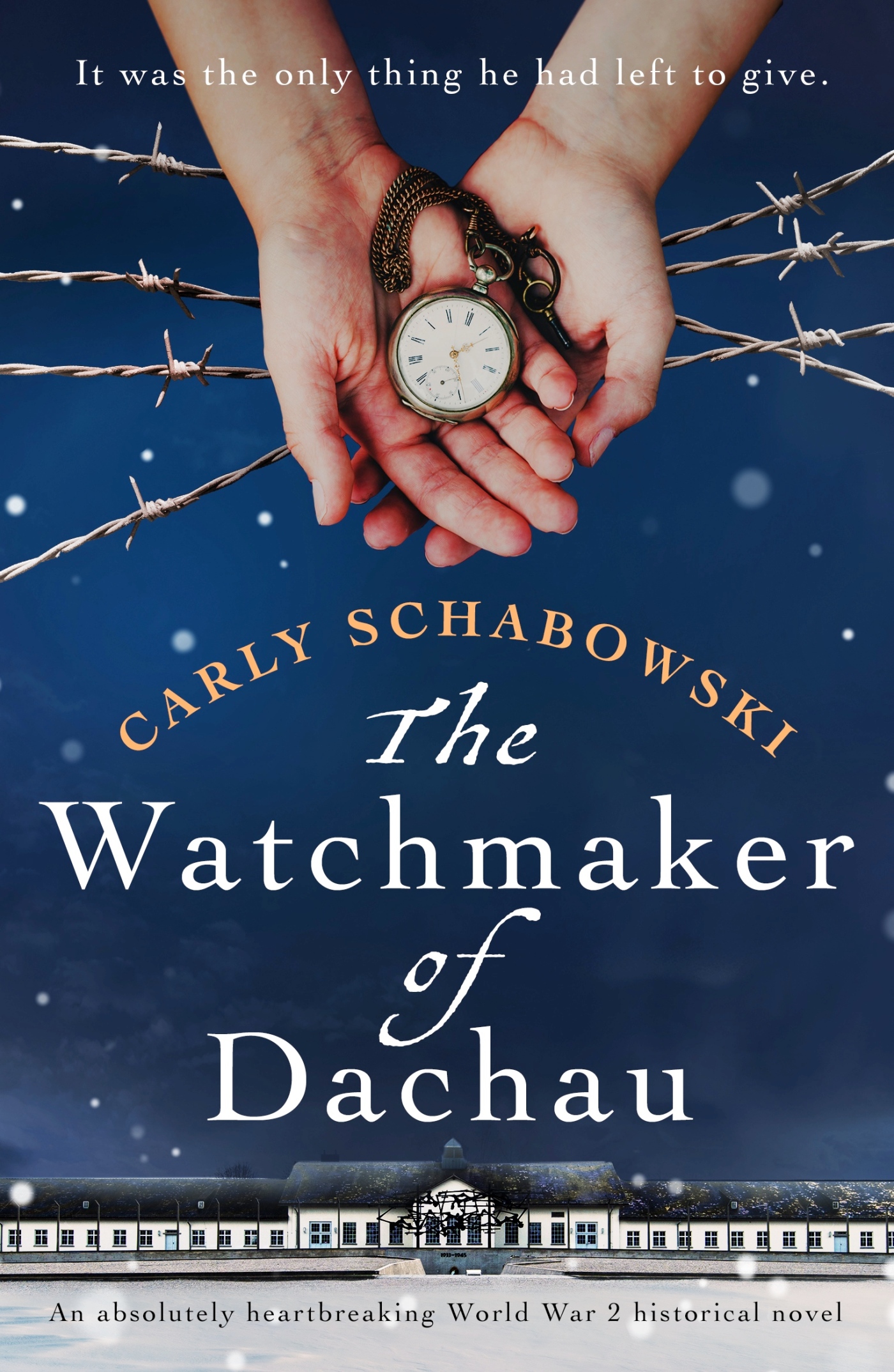 It truly fascinates me (if you read my reviews, you’ll know I’ve said this before) that no matter how many Holocaust stories are written (many of them based on fact – yes, all of them find their basis in the facts of the Holocaust, but I mean that many are based on actual stories that have been passed down by survivors of people who they came across in the camps, and these are the ones that find their way in to these ‘fact-based novels’), they are all quite unique; each with their own nuances. And I’m always amazed to come across information that I’d never known before.

This one is a poignant story of Isaac, who manages to survive for most of the war but then in 1945 he is captured by the Nazi’s and taken to the Dachau Concentration Camp. On arrival it is discovered that he is in possession of a tiny tool kit and when he explains to Senior Officer Becher that these are the tools of his trade as a watchmaker, he immediately finds himself singled out and separated from the other new arrivals, but he isn’t told why.

He soon discovers the reason, when he is taken to Becher’s home and told that he is to fix a grandfather clock. After that he is given various other things to fix, and he’s kept busy which suits him – the work at the house is certainly easier than in the actual camp, but more importantly than that, it is here that he meets Anna.

Isaac and Anna quickly realise that they are both from ‘the camp’ down the road when each recognises that the other wears the same blue and white striped uniform and cap. But Isaac is too busy keeping his head down and out of sight of anyone in the house (like he’s been told to do), and Anna is occupied staying out of the way of Becher’s insufferable wife, Liesl’s quick temper, so they have very little time to exchange even a ‘hello’. Isaac just wants to try and stay alive even though he realises that by working in Becher’s house, he has earned the resentment and contempt of his fellow prisoners. To Anna, it’s vital to stay alive so that she can return to her friend Nina each night and share her rations with her.

The only time they manage to have a whispered, covert conversation is on their walks back to the camp each night, where they are closely watched by the Senior Officer’s cruel assistant, who is tasked with overseeing them. These whispered exchanges slowly extend to brief opportunities to talk during the day, aided by the kindly housekeeper Greta, who also goes out of her way to see that both Isaac and Anna receive daily cups of hot coffee and as much fresh food as she can smuggle their way without it being noticed!

But the atmosphere is noticeably changing and the Germans are becoming desperate. The Becher’s young son Friedrich has arrived from his boarding school, with no idea as to why he’s been dispatched to this place – which is certainly not the home he’s used to! He literally has no inkling of where he is or of what’s going on around him. He is nothing more than a nuisance to his parents, who refuse to answer any of his questions other than to tell him he is not to speak to Isaac or Anna under any circumstances because they are evil Jews! But he misses his best friend Otto, and he’s bored. He naturally gravitates to the garden shed where Isaac works, inquisitive to see what he’s doing, and a warm, beautiful friendship quickly develops. By extension, so too does his friendship with Anna.

As the days continue, and Isaac discovers what seems to be a diary hidden in his shed, he and Anna read through the pages, dated from 1944 to 1945, initialled J.A.L. They wonder who this mysterious person could be and assume that he must be dead by now. And as they pore over the pages, clearly written as if to a loved one, they learn of the true horror of what is happening in Dachau – the place they return to every night. They always heard of the nightmarish atrocities that were taking place around them, but now they have it in front of their very own eyes, written down by someone who has seen it for himself … and what has become of him? Will they ever know?

This is riveting, if heartbreaking, reading. The diary that Isaac discovers is like a story within a story and adds an extra dimension to an already well-written book. The plot is character driven and each person has stand-out features. But for me, my favourite had to be Friedrich – a child caught up on the wrong side of something that he had absolutely no understanding of, with the added dimension of nobody being willing to explain it to him until it really was too late. I found there were echoes of The Boy In the Striped Pyjamas here. He remains haunted and damaged throughout his life. I would say that he too is a Holocaust Survivor. The author also draws a constant parallel between the beauty of the surroundings and the countryside, compared to the dark ugliness of what was happening inside the gates of the concentration camp.

This is type of book that stays with you long after you’ve finished it, and I found myself wanted to know more about the characters it was based on – who were actual real-life individuals and who were pure fiction?

This is a 5-star read – but not for the faint-hearted as there are some very graphic descriptions of some particularly cruel atrocities performed by the Nazi’s. The worst part being not only that many were so willing to participate in these barbaric acts, but also the casual way in which many others just stood by and watched, and were then able to return home to wives and children – many of whom lived just outside the camp walls – as if they’d just spent a ‘normal’ day at work.

Many thanks to Bookouture for inviting me to tour with them – and for ensuring that stories like this are being shared. Even bigger thanks to the author, Carly Schabowski for writing stories like this so that people will read them and so that we can continue to have conversations about them!

Take a look at who’s on the blog tour, and visit their blogs to see what they had to say about The Watchmaker of Dachau …