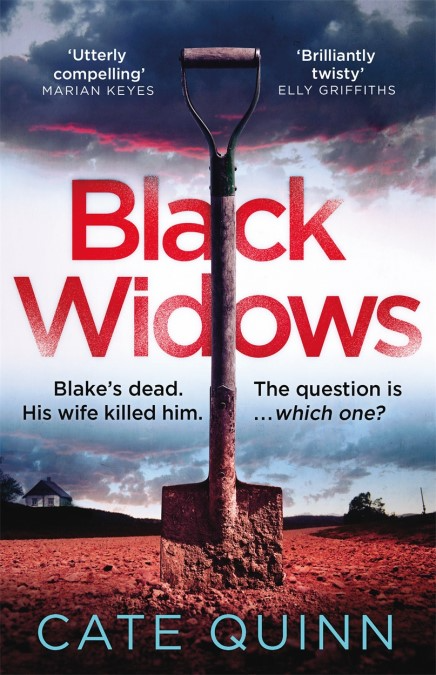 Blake Nelson is dead. Well, isn’t it obvious that his wife killed him? The question is … which one? You see, Blake was a Mormom – or a member of the Church of the Latter Day Saints. Apparently there is differentiation between the two though, as there is a division between those who believe in remaining in marriages that are monogamous and those who choose polygamy. Blake was clearly on the side that opted for polygamy as he had three wives at the time of his death. So … whodunit?

There’s his first wife, Rachel who comes across as the perfect wife: pure, dutiful and the perfect choice as a first wife to take the sister-wives to follow under her wing. Hmmm … that’s not quite how it turns out. Wife number two is Tina who Blake has brought into the ‘family’ from rehab. She’s an ex-drug addict and prostitute who hasn’t quite lost that sass and attitude that she needed to get by on the streets. Wife number three is timid, shy Emily who’s been lured away from her strict Catholic upbringing. But is she really as unassuming as she seems. She has quite a tenuous relationship with the truth.

The story unfolds in alternating chapters, each told in first person from each of the wives’ POV. In this clever way, we quickly get to know their personalities rather well. And just as quickly, the lies and secrets start to unravel, thick and fast. It’s soon evident that the ‘family’ that Blake Nelson had envisioned on his remote farmhouse plot, was not really the cohesive unit he’d dreamed of. These three women are certainly not the epitomy of God-fearing sister-wives that the Church Blake apparently holds in such high regard, would encourage one to seek out as life-partners!

Cate Quinn has very cleverly created an intricately woven narrative that will draw readers in and have them wondering what actually happened to Blake on that day when he went out fishing and never returned. Did he really know these women that he’d brought into his home, to make up his home? Did he honestly expect such vastly different people from hugely diverse backgrounds to co-habit happily within the laws and constraints of his Church? It’s a fascinating look at character comparisons and behaviours. And of course, it’s a very interesting birds-eye view into a world that I’m sure many of us are unfamiliar with: The Church of the Latter Day Saints. I rate it 4 stars.

Thank you to Anne Cater of Random Things Blog Tours for inviting me on the tour for this one. Take a look at what other bloggers are saying about Black Widows …

ABOUT THE AUTHOR:
Cate Quinn is a travel and lifestyle journalist for The Times, the Guardian and the Mirror, alongside many magazines. Prior to this, Quinn’s background in historic research won prestigious postgraduate funding from the British Art Council. Quinn pooled these resources, combining historical research with first-hand experiences in far-flung places to create critically acclaimed and bestselling historical fiction.

One thought on “BLOG TOUR – Black Widows by Cate Quinn”