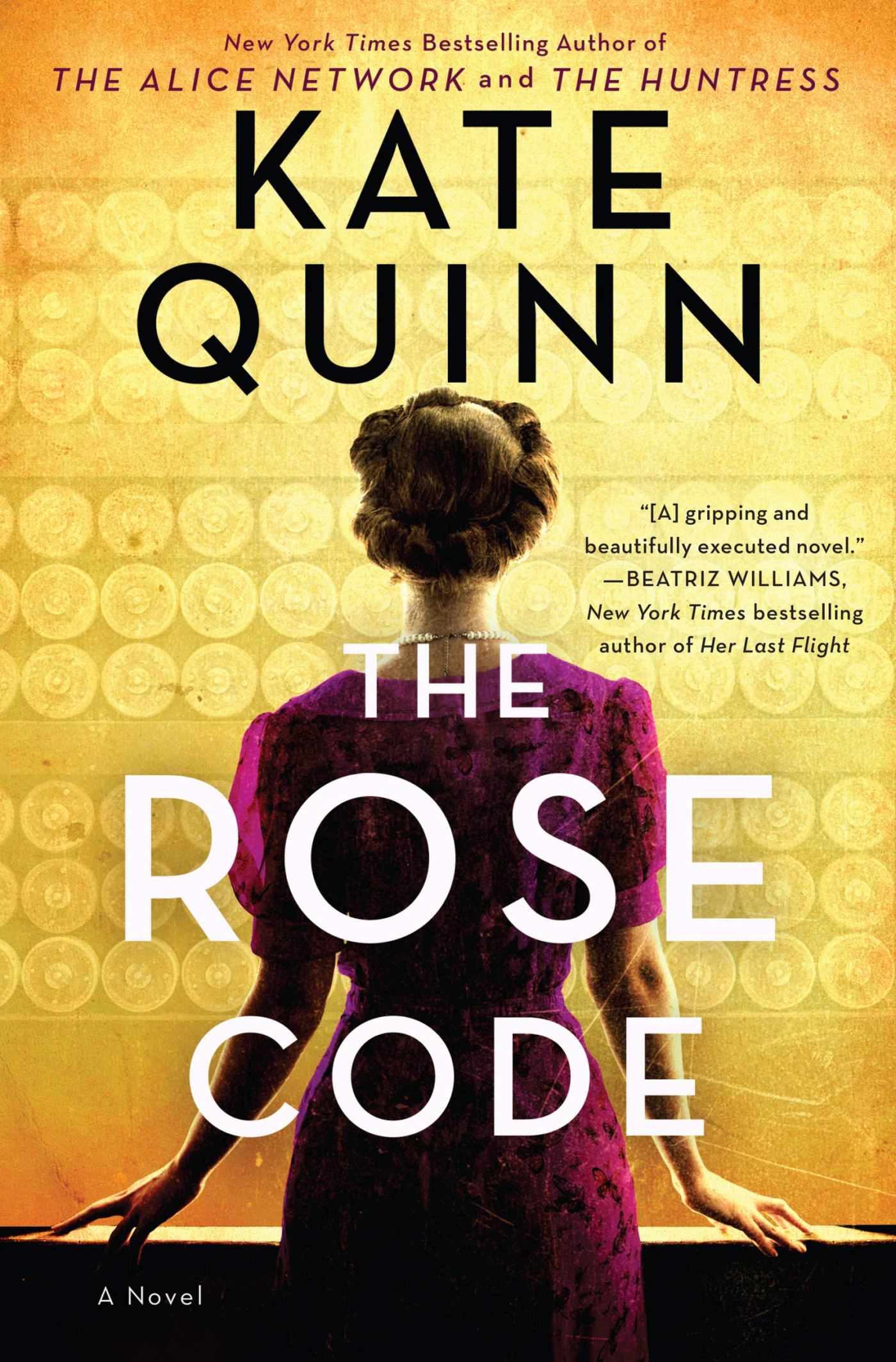 The Rose Code begins in 1947 in post-war Britain’s frenzy leading up to the marriage of Princess Elizabeth to Prince Philip. We first meet society-girl, Osla who’s in the enviable position of being a columnist for Tatler, with invitations to all the ‘right’ parties and places. But this is a wedding that she has absolutely no desire to go to, for we learn that Philip is actually her wartime boyfriend and someone who she had strong feelings for.

Alternating between the weeks leading to the Royal wedding and the early 1940’s this is a riveting story of bravery, courage and resilience shown by the code breakers who secretly worked at Bletchley Park in Buckinhamshire. Officially, the site was known as the Government Code and Cypher School, unofficially to those who worked there, it was simply ‘BP’. Osla is billeted to the home of the immensely unlikeable Mrs Finch, where she meets her fellow BP worker Mab. Unlike debutante Osla, Mab has come from a life of poverty and plans to find herself a suitable, marriageable man so that she won’t have to return to where she originally came from. Mab is tall … very tall; she’s also brash and outspoken. She’s had to be to get by in life. She hasn’t had the advantages of being pretty and genteel like Osla.

They’re surprised to discover that Mrs Finch’s quiet, unassuming (supposedly witless) spinster daughter Beth (good grief – written off and placed on the shelf at just 24!), is actually a whizz at crosswords. In their efforts to emancipate her from her mother’s harsh work regime and her constant religious wrath, they suggest she apply for a job at Bletchley as they have a feeling she’ll make an excellent codebreaker. She’s accepted immediately and taken under the mentorship of Dilly Knox, which doesn’t endear any of them to Mrs Finch as the confidentiality oath they all need to undertake means that none of them is permitted to say what it actually is that they’re doing to assist the war effort, other than ‘clerical work’.

Three friends, navigating wartime together, until one is betrayed, breaking apart a trust that seemed ironclad. Which brings us to 1947 … weeks before a Royal Wedding and that betrayed friend who has spent years in the Clockwell mental institution, sends an encoded message to her two ex-friends beseeching them to come to her rescue. The time has come for her to break out of the hell that she’s been in and only they can help her escape and discover who betrayed her all those years ago when they were at Bletchley! But will they listen? Will they break the code and understand what she’s asking them to do for her, and will that friendship that once meant everything to them, once again be able to withstand the tests that she’s asking them to put themselves through?

Kate Quinn has created a masterpiece! It has every single element needed for a thrilling wartime page-turner. There’s mystery, excitement, friendship, love, envy and betrayal. Quinn eloquently demonstrates the blatant sexism that existed at the time, when it was assumed that all women were able to contribute to the war effort was to stay home and make the tea, or perhaps carry out some menial secretarial work. As we now well know, so much of the invaluable work done at Bletchley Park was done by women. It doesn’t even bear thinking how things would have turned out if they hadn’t achieved what they did there. The shocking treatment of patients – more often than not, women – in mental asylums is also brought to light, and much has been written about the experimental treatments on women in these institutions and the attitudes taken towards women who were too ‘outspoken’ or too ‘opinionated’ or ‘different’ during these times.

The best part of a book like this – as if the length, depth and breadth of it isn’t already enough – is the Author’s Note at the end. Learning about who and what inspired its writing; knowing the facts and who the characters are based on; where the inspiration is drawn from … for me, this just added to the magic! Kate Quinn has managed, through painstaking research to weave together fact with fiction to take readers on a marvelous journey into a world that was incredibly, frighteningly, heart-poundingly real, where every experience was felt in a starkly heightened reality compared to the muted awareness that one feels, seeing things through a lens, on a page, or a screen.

This is a 5 star, highly recommended read. Many thanks to Anne Cater of Random Things Tours for inviting me on the tour. Take a look at what other bloggers have to say about The Rose Code.

Kate Quinn is a native of southern California. She attended Boston University, where she earned a Bachelor’s and Master’s degree in Classical Voice. A lifelong history buff, she has written four novels in the Empress of Rome Saga, and two books in the Italian Renaissance detailing the early years of the infamous Borgia clan. All have been translated into multiple languages. She and her husband now live in Maryland with two black dogs named Caesar and Calpurnia.

4 thoughts on “BLOG TOUR – The Rose Code by Kate Quinn”