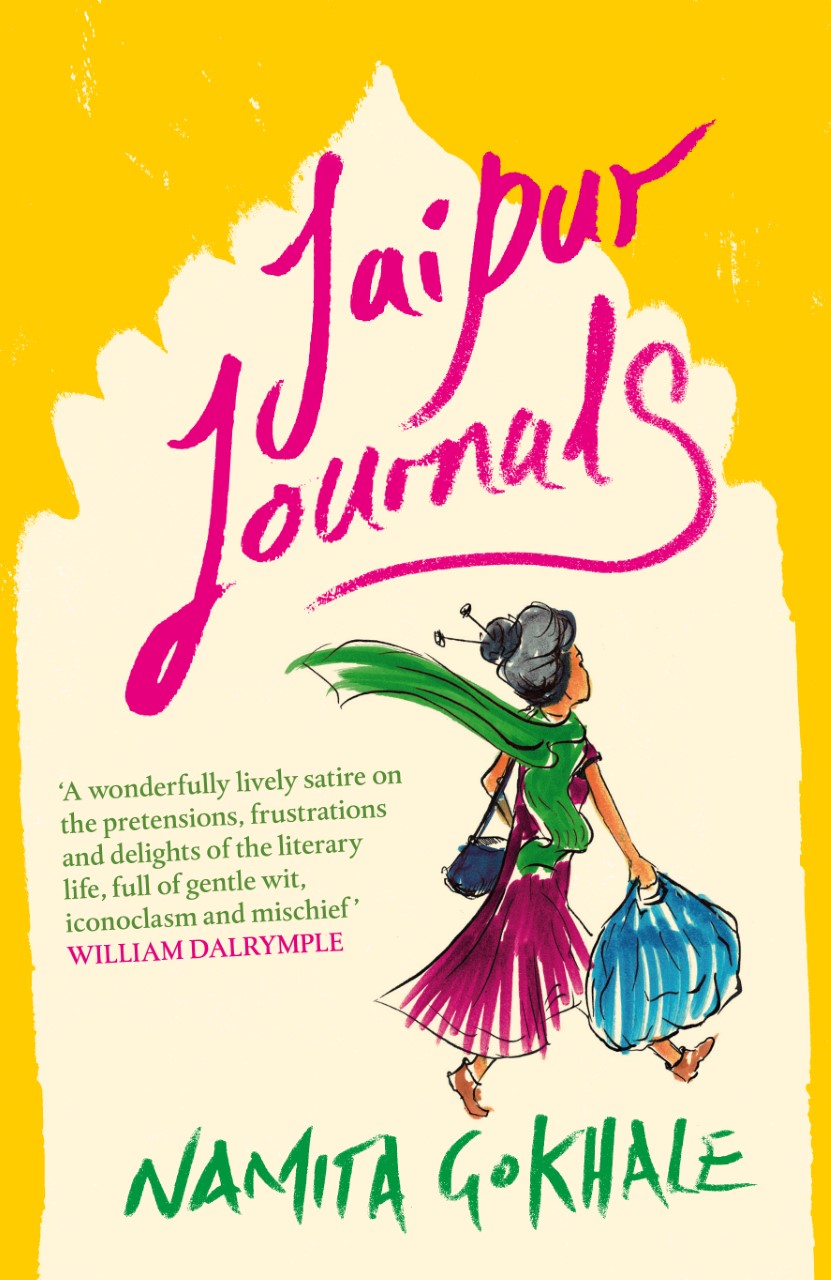 Book festivals are their own little universes – and we all know that battles are won and lost over who rules the universe! Does that sound a bit extreme? When you attend a book festival, it’s as if you’ve entered a type of bubble where only the events and people within it are of any importance. Everything else fades into obscurity, just for a few days. Entering the world of the Jaipur Literary Festival, so aptly described in Jaipur Journals, is just a sneak peak into the whirlwind of activity and energy that one gets caught up in when one sets foot into this microcosm.

Namita Gokhale manages to perfectly depict the inner workings of this type of event, together with the immensely diverse group of people who might be in attendance. They have something in common though: their love of the written word and their willingness to share everything about it with others. I loved the way she weaved their stories together. She seemed to do it quite seamlessly, making it feel as if just by walking past each other, the characters molded together to constantly create vibrations in the air of the space they were occupying.

Each individual arrived at the festival with their own story, which the author spins around them and then continues to unfold like a long, silken sari as her plot progresses. Whether they’re based on actual real-life characters, I don’t know, but I have a feeling that each is an amalgamation of numerous colourful personalities that she’s come across over the years.

The stand-out character has to be Rudrani, who’s 72 and who’s been writing and re-writing her manuscript (for now, titled simply UNSUBMITTED) for endless years. She carries it everywhere with her and cannot bring herself to part with it. She is an unpublished author, unwilling to part with her story. It weighs heavily on her – both a physical and methaphorical burden. Don’t all authors carry untold stories within them that they’re unable to share? Although there are multiple characters in the book, I felt that Rudrani was the one around which everything circulated. To me she represented the quintessential writer – their hopes and their dreams – all of which she had brought with her to the Jaipur Literary Festival, as had every other person who was in attendance.

Don’t be fooled that everyone is aligned in the same positive goals when attending an event like this. Panels are selected in such a way that conversation will often be volatile, with panelists holding differing views that will lead to quite explosive conversations. So while they will all be able to carry out a discourse on a singular topic, which they’ve probably all written about (hence being chosen to sit on the same panel), opinions might very well vary. Let’s be honest, you wouldn’t want to attend a discussion where all the participants politely agreed and simply, banally chatted about the given topic, would you? I didn’t think so – that would be extremely boring!

Worlds collide, personalities clash, opinions are at odds, lives are changed – some for the better, others not … all within the space of just 5 days at one literary festival. Whoever said that reading was boring?!

This is a 5 star read, at times fun and light-hearted, but also with depth, touching on many different aspects of the human condition and the effect we have on each other. Thank you to Random Things Blog Tours for this rather different tour. Take a look at what other bloggers are saying about Jaipur Journals …

About the author: Born in Lucknow, India, NAMITA GOKHALE, is an award-winning writer, publisher, and the co-founder/director (with William Dalrymple) of the Jaipur Literary Festival. She is the author of over twenty fiction and non-fiction books including the best-selling Paro: Dreams of Passion, Priya, and Things to Leave Behind. In 2017 Namita was awarded the first ever Centenary National Award for Literature by the Literary Society of Assam for her service to the Indian nation in supporting and showcasing Indian writing talents. Described as one of the finest Indian writers, she lives in New Delhi.

One thought on “Blog Tour – Jaipur Journals by Namita Gokhale”