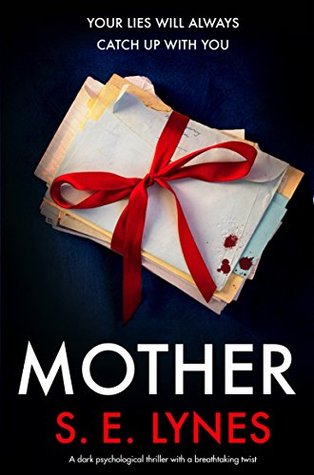 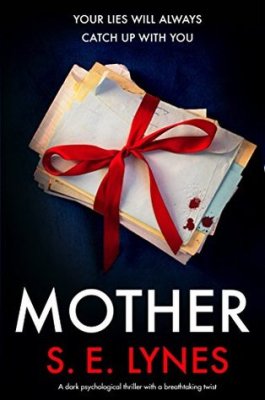 Christopher Harris has always been somewhat of a misfit. He’s just never really felt part of anything, especially not his family – and that was even long before his 2 siblings arrived. He just doesn’t know how to ‘be’; doesn’t ever feel comfortable with himself, or with anyone else.  Discovering he’s adopted does go a long way towards explaining his lifelong feeling of not fitting in, and it’s almost as if Christopher’s always known that something like this is what’s prevented him from being part of the life that he finds himself living. He endeavours to set out and find his birth mother, and luckily she’s just as enthusiastic about finding him as he is to find her!

One piece of writing advice I’ve never forgotten refers to characterisation: “When creating your characters, you need to get to know them so well that you know which brand of toothpaste they use.” Well, obviously I’ve remember little else when it’s come to writing advice, as I haven’t quite managed to write that book yet! But S.E. Lynes took that recommendation and ran with it! I have no doubt that she not only knows what toothpaste Christopher prefers, but also what dental floss he uses, and whether he dreams in black and white or full technicolour! She’s created a character so deep and complex that one cannot help but become fully immersed in his twisted persona, and wow, twisted is certainly what he is! Although at times I really did feel terribly sorry for him, he is so difficult to like and I think that this is what the author’s intention is. He hasn’t been created as a protagonist that one warms to.

Likewise with the parallel character of Ben: arrogant and self-assured – the polar opposite to Christopher. Quite an obnoxious character who’s really unpleasant, but who at the same time you can’t help wanting to know more about because you can’t wait to see where he fits into the picture!

The story is related to us by a mystery narrator. This is so clever, and absolutely crucial to the plot. I couldn’t figure out who it was right up until the reveal!

Threaded through the tense plot is the dark shadow of the ongoing case of The Ripper, and Christopher’s increasing preoccupation with the case. Lynes cleverly intertwines this with her own narrative, which works so well to heighten the feeling of unease throughout the book.