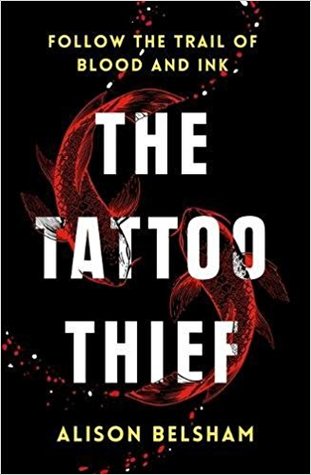 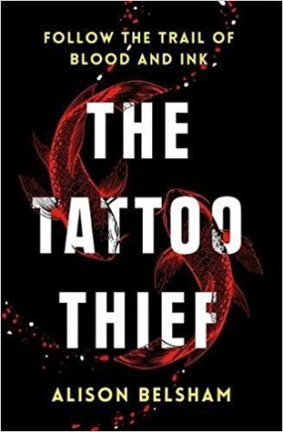 A really unique take on the psychological thriller genre. I must say, authors are coming up with some quite remarkable killing methods these days, ensuring that those of us who are fans of this category of reading never run out of material … I’m just a little nervous as to where they’re getting their ideas from, but I’ll leave that up to them, and I’ll just keep on reading!

This one’s a debut offering from Alison Belsham and if it’s anything to go by, I can’t wait for the next one! The Tattoo Thief is the first in a trilogy, featuring newly appointed DI Francis Sullivan. Not only is the fresh-faced Detective Inspector facing what increasingly looks like a serial killer who’s stalking the tattoo’ed community of Brighton, he’s also facing a department who aren’t a bit worried about blatantly showing him their lack of confidence in their new leader … him! It seems he’s achieved his position by being brilliant – on paper. Whether he can transfer that into action remains to be seen.

He’s thrown in the deep-end into a culture that’s completely alien to him. He has zero understanding of why you’d want to ‘ink’ yourself, and sees no beauty or art in it. It becomes the job of local tattoo artist Marni Mullins to guide him through the networks of her world. It’s not a job she relishes, but as she inadvertently discovered one of the bodies in question and recognised the work of her ex-husband Thierry on it, she’s involved, whether she wants to be or not.

Marni is running from her own demons, and as she and Sullivan find themselves thrown together on the case, the difficulties they face, both new and old, combine to add even more unwanted challenges to their already frustrating path.

The story is told in four voices: Sullivan’s, Marni’s, Rory Mackay’s – who feels he was passed over for promotion and should have had Sullivan’s position, and our twisted, blood-thirsty killer, who sees flaying skin from his still-living victims as an art-form.

I found this entire story fascinating. It’s brilliantly constructed and well paced. But apart from that, I found the information about tattoo culture extremely interesting, and the conflict between that and Sullivan’s strong Catholic beliefs were really well considered. Also, the whole aspect of intellect on paper translating into action in the field was also well explored. While I initially could understand Rory’s anger at being overlooked in favour of the cleverer candidate, I was annoyed at his superior, Bradshaw, who should have known better.

4 stars for this one. Highly recommended.

Thanks to Tracy Fenton and to Orion and Trapeze for inviting me along for this dark, twisty ride!

There’s still a couple of days left of the blog tour, and you can read what other reviewers had to say here … 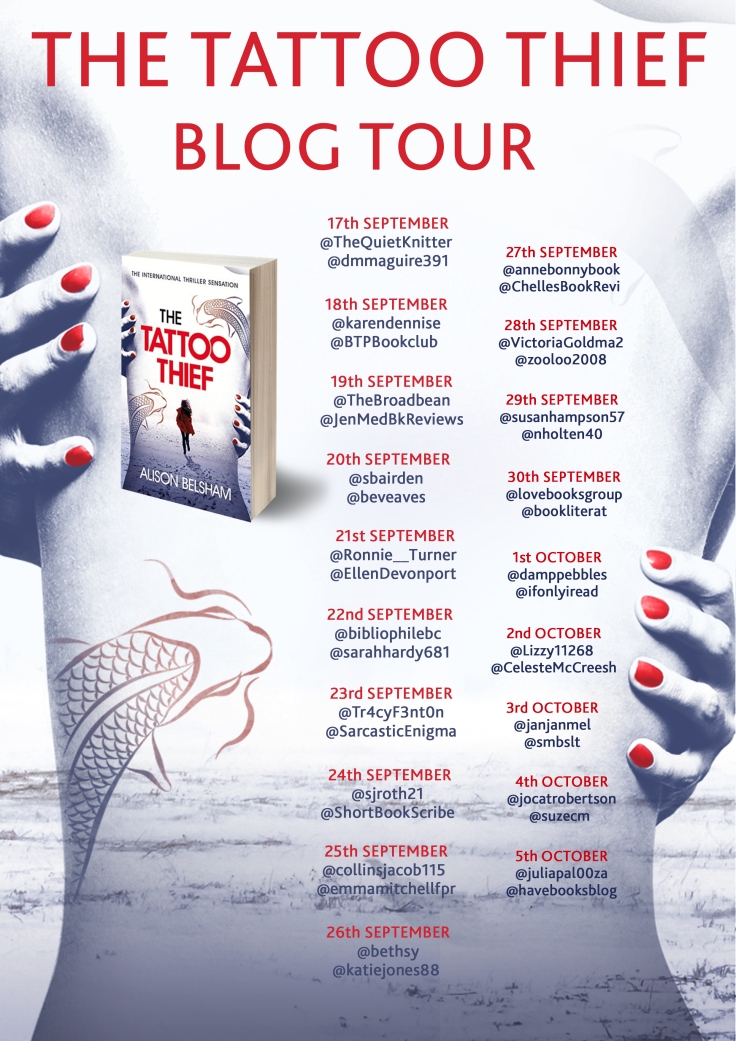