Blurb: A young woman is found, emaciated and unconscious, in the mountains surrounding a village in Transylvania. When it is discovered that she is of an ethnic group which was violently driven out of the regions many years before, old wounds are reopened as the villagers are reminded of their role in the bloodshed.

An uneasy peace is maintained until a young married man falls in love with the girl, and tensions begin to rise within the community. The mysterious disappearance of a child causes this tension to mount into hysteria, driving the story to its chilling outcome.

Well, when I read the blurb for The Barefoot Road, it immediately appealed to me. It’s described as ‘a fable for our time about racial division, set in historical Transylvania’. Questions immediately arise: when are racial and ethnic division going to be things that can be left in historical times? Why do we still need stories like this for ‘our time’?

The story is set in a Transylvanian village in a time unknown to us. We can imagine that it’s many years ago. Truth be told, it could be present day, in a place that’s cut off (or that has chosen to cut itself off) from the rest of civilization… who knows? Its isolation adds to the sombre atmosphere.

The townsfolk are simple people, going about their everyday business; happy to do so uninterrupted and unperturbed by goings on elsewhere that they’re unaware of. Until an event occurs to throw their stable world off kilter: An outsider is found nearby, close to death, and brought into their midst in strange, inexplicable circumstances. They have no place for an outsider. There were outsiders in this village before, long ago … but they have made sure they are gone … long gone.

Slowly, their behaviour becomes that of a mob. We see elements leading up to it, when the self-appointed ‘leader’ attempts to rabble rouse by raising support to expel the less than perfect priest, but surprisingly a lone, brave voice speaks out basically saying ‘let he who is without sin cast the first stone,’ reminding the villagers that all of them are guilty of imperfect character at times, and that their priest is only a man, after all.

But even this outspoken voice for the underdog falters, and the story takes on more sinister undertones as the dark side of human nature takes hold and adults fail to acknowledge their responsibilities.

Taking the guise of a humble, unassuming fable, I believe that The Barefoot Road is a critical social commentary that has huge relevance, and is deserving of a great deal of recognition for its depth of perception and insight into human frailty and limitation.

We are all residents of that Transylvanian village. We are all the outsider.

4.5 well deserved stars for this one! 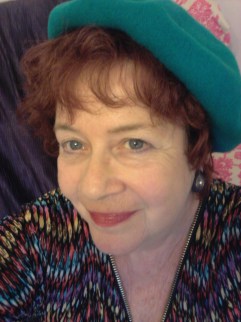 Vivienne Vermes is a writer and actress of Irish and Hungarian descent who divides her time between Paris and London. She has published four collections of poetry: Sand Woman, Metamorphoses, Passages and When the World Stops Spinning, and has performed her work in festivals throughout Europe. She is winner of the Piccadilly Poets’ award, the Mail on Sunday’s Best Opening of a Novel competition, as well as Flash 500s prize for short prose and the Paragram national competition for best poem and “petite prose”. She has taught creative writing in universities in Transylvania, and runs a writers’ workshop in Paris.

As an actress, she has played roles in a number of French films, including Les Trois Frères, Le Retour and in Les Profs 2 in which she portrayed Queen Elizabeth II.  Her voice also warns passengers on the Paris metro to “Mind the gap”.

The Barefoot Road is her first novel.

Thank you to Rachel’s Random Resources for inviting me along for this. The Blog Tour runs until 25 September. Follow along here … 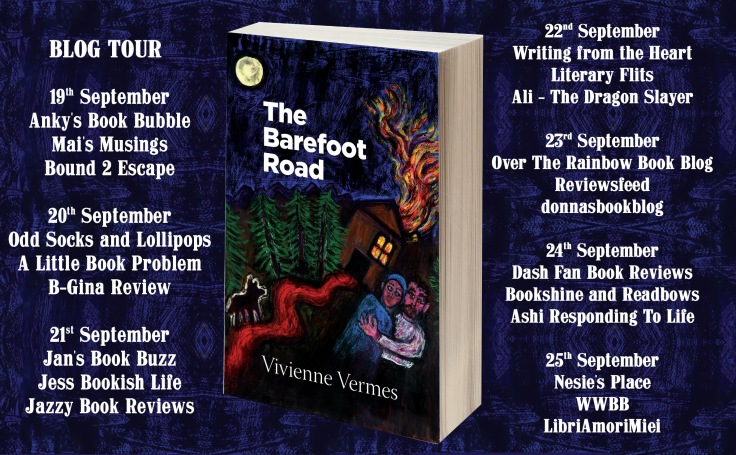