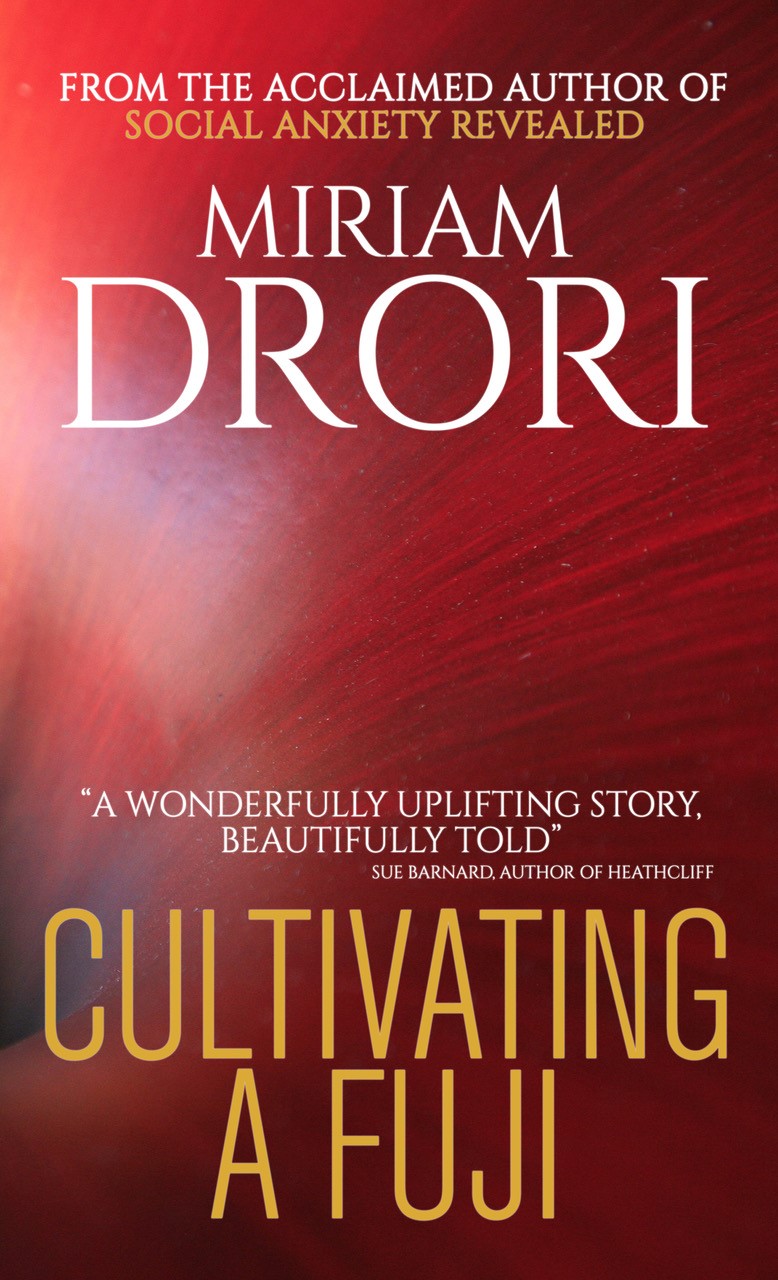 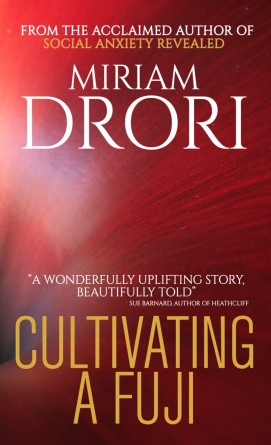 It’s launch day for Cultivating a Fuji, and Day One of the blog tour! So it’s very exciting to be one of the first people to be able to introduce this very different, but rather beautiful book to the world!

So often, it’s easy to treat people who are different as just that: different, other, unusual, strange, odd, peculiar, bizarre or even laughable. We point them out, poke fun at them, even mock them, when actually all they want is to be left alone to continue with their peaceful existence, not doing anyone else any harm.

This describes Martin, Drori’s protagonist. He’s the brightest individual at his company, which they reluctantly admit to, although nobody actually wants anything to do with him. And he’s ok with that, because he doesn’t really want anything to do with them either! He won’t even talk to them on the phone. Because Martin suffers from something that none of them understand: Social Anxiety Disorder. Actually, even Martin himself doesn’t really admit to having a particular condition. He just is that way. I wondered if he wasn’t somewhere on the Autism spectrum – but I think that’s an entirely different discussion!

So it’s easier for his colleagues to talk about Martin behind his back, and have a bit of a laugh at his expense. Don’t look shocked and horrified! It’s what most people tend to do in similar situations.

When it falls on Martin’s shoulders to go to Japan and save the company from impending doom, it goes without saying that everyone automatically expects complete and utter failure – Japan is a land of strict rules and protocols which they’re positive Martin will never be able to understand or follow. They’re sure he’ll offend everyone the minute he steps off the plane! But what unfolds is something entirely unexpected, both to Martin and everyone else.

Drori tells a story that can only come from a place of empathy and recognition. It says: “I know you. I see you. I hear you. I understand you.” Readers cannot help smiling as they acknowledge Martin’s triumphs, whether small or large. This is a book that’s refreshing and also a reminder to us to show more sensitivity to those who interact differently with the world around them. We are not all the same, but we share the same spaces and we need to find ways to make them comfortable for everyone to move in. Drori reminds us of this.

I give this 4 shiny stars, that I will wrap in cotton wool so that nobody needs to be pierced by their sharp edges!

Miriam Drori has decided she’s in the fifth and best stage of her life, and she’s hoping it’ll last for ever. It’s the one in which she’s happiest and most settled and finally free to do what she wants. Miriam lives in a delightful house and garden in Jerusalem (I admit absolute jealousy – Jerusalem is one of my favourite places in the world; a place where I always feel at peace) with her lovely husband and one of three children. She enjoys frequent trips around the world. She dances, hikes, reads and listens to music. And she’s realised that social anxiety is here to stay, so she might as well make friends with it. On top of that, she has moved away from computer programming and technical writing (although both of those provided interest in previous stages) and now spends her time editing and writing fiction. NEITHER HERE NOR THERE (currently unavailable), a romance with a difference set in Jerusalem, was published in 2014. THE WOMEN FRIENDS, co-written with Emma Rose Millar, is a series of novellas based on the famous painting by Gustav Klimt. SOCIAL ANXIETY REVEALED (non-fiction) provides a comprehensive description of social anxiety from many different viewpoints. CULTIVATING A FUJI takes the social anxiety theme into fiction, using humour to season a poignant story.

Thank you so much to Rachel’s Random Resources Blog Tours for inviting me along for this eye-opening read. Follow the blog tour and see what other bloggers are saying about Cultivating a Fuji …