One of those pacey, excellent reads told from varying points of view that you just can’t put down until you find out what really happened! 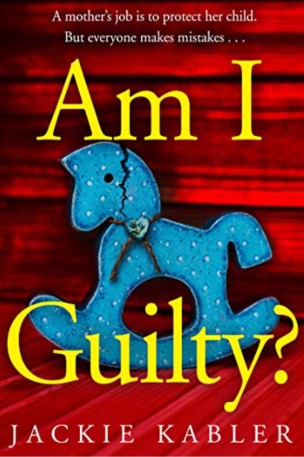 Flora – the live-in assistant/au-pair who used to work for Thea but found it too difficult to continue doing this after the tragedy occurred, and then went to live and work with Annabelle.

Right from the start, you know that something tragic has happened. Thea is targeted and labeled in the area where she lives – she’s seen as a monster, not worthy of being a mother. She finds it difficult to go out, and although her daughter Millie still goes to school, she herself isn’t the one taking and collecting her; other parents have arranged a roster to do this. In fact, Millie only stays with her for 1 or 2 nights of the week. The rest of the time she’s with her father.  Thea’s husband Rupert has left her and can bearly manage the minimal communication he needs to have with her.

Thea is barely holding it together, drinking herself into oblivion almost every night. She tells herself she needs to stop – drinking is what got herself into this situation in the first place. A drunken lunch with her best friend Isla led to an afternoon where she can’t remember anything that happened. At the end of it though, her darling baby Zander was dead – forgotten in the boiling hot car.

The ripple effect is far-reaching … she loses her friends, her assistant moves out, as does her husband and most of the time, her daughter too. She constantly questions how she could have done such an awful thing, how she could truly be this terrible person that everyone says she is. But as her trial date looms, and as she attempts to sober up, the afternoon in question begins to come back to her in bits and pieces and she realises that she needs to start asking questions of her own instead of remaining a passive victim. What really happened on the day that Zander died?

A book that will keep you guessing right up until that reveal! Well characterised, and extremely well written with a good balance of thrills and emotion. A 5-star read. 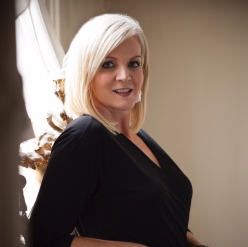 Jackie Kabler was born in Coventry but spent much of her childhood in Ireland. She worked as a newspaper reporter and then a television news correspondent for twenty years, spending nearly a decade on GMTV followed by stints with ITN and BBC News. During that time, she covered major stories around the world including the Kosovo crisis, the impeachment of President Clinton, the Asian tsunami, famine in Ethiopia, the Soham murders and the disappearance of Madeleine McCann. Jackie now divides her time between crime writing and her job as a presenter on shopping channel QVC. She has a degree in zoology, runs long distances for fun and lives in Gloucestershire with her husband.

Many thanks to Rachel Gilbey of Rachel’s Random Resources Blog Tours for inviting me along on this Blog Tour. Take a look at what other bloggers are saying about Am I Guilty …