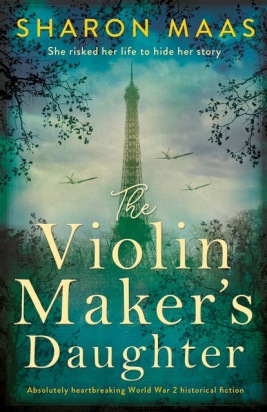 With so many stories being set in the traumatic WWII era, all based on fact – whether the author chooses to rely heavily or loosely on these facts depending on each individual book – The Violin Maker’s Daughter has many unique qualities.

Sharon Maas has chosen to begin her book in the Alsace region of France, an area not often chosen as a starting point for books of this ilk, which are mostly set in more well-recognised areas of Europe. Alsace was a small area that in 1940 was annexed to become part of Germany. Josef Mayer and his family reside in the town of Colmar in Alsace. Josef is a  violin-maker, married to a non-Jewish wife and together they have five daughters. Although Josef himself is Jewish, the family are not practicing Jews, so he feels that their quiet, unassuming lives will carry on as before, despite all the changes being implemented by the Nazi’s who have taken over their town.

And for about a year, this is what happens. Numerous friends warn Josef to get his family to safety as soon as possible but he ignores all the warnings and the warning signs. Until one day, he and his violin shop also fall victim to the violence of Nazi soldiers, and he’s given just a few days to prove that his family are ‘pure Aryan’, or else! Suddenly he realises that he has left it too late, and it’s now impossible for the family to escape together. With assistance, he will first need to send his first-born daughter, Sarah, to safety.

The story of Sarah’s journey to freedom is fraught with danger. If you’re expecting a story of heroics, bravery and overcoming all odds, like most other war escape stories, then be prepared for the unexpected … this is not one of those! Sarah is a naive, over-protected, 17-year-old, who’s unwilling to leave her home and family and who does so under quite some protest. Her behaviour throughout her unpredictable journey is similar to that of a temperamental 4-year-old who isn’t getting her way. She never quite seems to comprehend the danger that she’s in. But this is one of those unique aspects I mentioned at the beginning of this review – we’re so used to reading of young, brave heroes; people who overcame all odds. Surely there must have been many others who behaved just like Sarah did; like the young, unworldly teenagers that they were? No, they don’t get stories written about them. They’re not the stand-out warriors that people want to read about, but they’re the ones who are oh, so real and I felt that as annoying as Sarah was at times, she was just that: very real.

I feel that Maas has picked up on subtle themes that most authors don’t make use of. The one I spoke about above, about not everyone being a brave young hero, and the main one being the fact that Josef and his family are non-observant. It is often a (mis) perception that all Jews at the time were practicing, observant Jews when this certainly wasn’t the case.  In actual fact, Josef is the only member of his family who is Jewish. In the Jewish faith, religion is passed down through the mother – so the fact that their mother isn’t Jewish, means that none of Josef’s daughter’s is actually Jewish. However, this was irrelevant to the Nazi’s. The fact that their father was Jewish meant that they were ‘half-Jewish’ and more importantly ‘non-Aryan’.

So while this isn’t one of those ‘wow’ war stories that we’re so used to reading, it remains a very good, rather different read about a different side of the war that we don’t usually get to read. A story about someone who did end up fighting back, in her own way, once she discovered how to. And just because it doesn’t come about in the way we’re expecting, that doesn’t mean her story shouldn’t be heard.

4 lovely stars for this one. 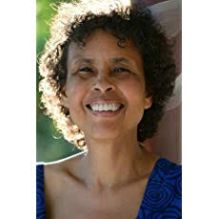 Sharon Maas was born in Georgetown, Guyana, in 1951 and educated in Guyana and England. After leaving school she worked as a staff journalist at the Guyana Graphic and the Sunday Chronicle in Georgetown.

Sharon has always had a great sense of adventure and curiosity about the world we live in, and Guyana could not hold her for long. In 1971 she set off on a year-long backpacking trip around South America.  In 1973 she travelled overland to India through Europe, Turkey, Iran, Afghanistan and Pakistan, and spent two years in an Ashram in South India.

Thank you to one of my favourite publishers, Bookouture for inviting me onto this Blog Tour … 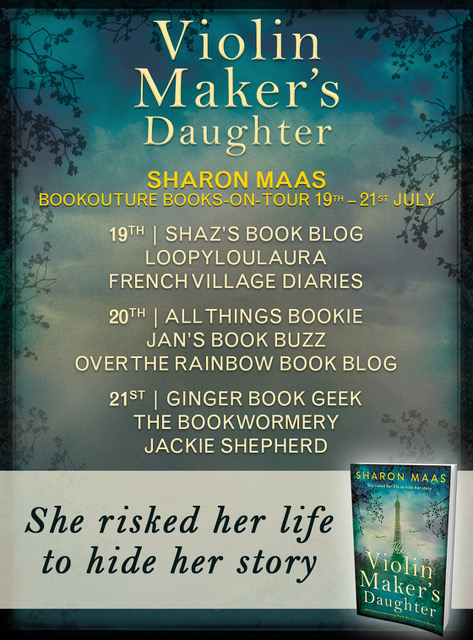