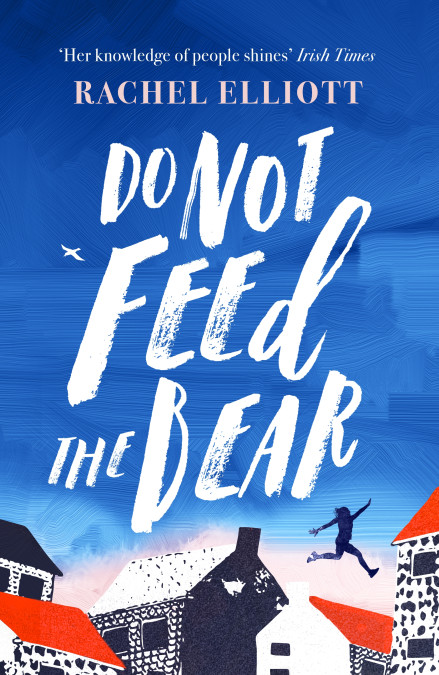 With its rather unusual title and an eye-catching cover, this is one of those books that begs to be picked up and read.

Told from varying points of view – even that of adored dog Stuart – this is a poignant story about loneliness, loss, melancholy, and a reminder that those who have left us are never really gone if we keep their memory alive.

It’s Sydney’s birthday. She’s 47, and not very happy about it. So she decides to take a solo holiday to the small town of St. Ives where her family’s life veered off its axis when she was just 10 years old. Her partner Ruth cannot understand Sydney’s desperate need for solitude, her obsession for freerunning (I didn’t know what that was, by the way!), and her constant distance from everything and everyone in her life. In fact, Ruth finds that she has a much closer relationship with Sydney’s father Howard, who himself is a damaged, desolate soul.

In St. Ives Maria, a dental hygienist, lives with her ghastly husband Jon. He calls himself an artist, but his biggest hobby is making his wife miserable. Maria knows this probably isn’t the life she’s meant to live. She rebels against Jon’s cruelty in her head, and on paper in the copious diaries she writes (the books must only have blue covers – any shade of blue, as long as they’re blue). Their 29-year-old daughter Belle lives with them. She works at the local book shop with Dexter and they’re both similar in that they’re a bit quirky and quite frankly … well, most people would probably refer to them as oddities! As they say though: familiarity breeds contempt and these two spend their days arguing very deliberately and specifically with each other, about everything! Belle is quite content to still be living at home, not doing much with her life, remaining single. She’s never been interested in what others her age are doing, i.e. getting married and having kids. She’s never considered any kind of future other than the life she’s living now.

When circumstances bring the two families (and Dexter) together, both groups experience a shift in what they thought was to be their fixed reality. Could change really be possible? Could there truly be something else that the universe has in store for each of them, other than what they expected?

Rachel Elliot has created a beautiful, touching story about ‘others’. Those individuals who tend to be overlooked, who are seen as a bit different and who live outside the norm; people who are often perceived as invisible because they are atypical. How sad that by doing so, we miss out on the warmth that lies behind the shields they have put up to protect themselves from the unkindness they have come to expect from the outside world. Yes, her characters are a bit strange, possibly even prickly, and they’re not easily likable. But if you take the time to delve beneath the surface (both of the characters and the book itself), you will discover true gems.

This is a 4-star heart-warming read. It might break your heart a little bit first, but eventually it will put it back together and wrap it in a comforting snuggly blanket.

Rachel Elliott is the author of WHISPERS THROUGH A MEGAPHONE, long-listed for the Bailey’s Women’s Prize in 2016. She is also a practising psychotherapist, and lives in Bath with her miniature schnauzer Henry.

Thank you so much to Anne Cater of Random Things Tours for inviting me on this Blog Tour. Take a look at what other bloggers are saying about Do Not Feed the Bear …