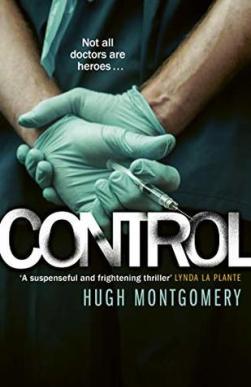 Just minutes after meeting his new boss, eminent surgeon Michael Trenchard, junior doctor Kash Devan knows that he wants to be exactly like him; his superior is the always the picture of cool, calm elegance and confidence. and Kash admires everything about the way he rules the corridors and operating theatres of Victory Hospital. Having worked hard to achieve his goals (and those of his parents’) by finally becoming a doctor, he intends doing it to the absolute best of his abilities. He writes long missives to his mother, letting her know how he’s doing, and his love and dedication to her are quite apparent. This devotion becomes quite significant later on in the book.

However, things are never quite as they appear to be, and even though Trenchard takes him under his wing, there are little things that Kash starts to notice that don’t seem to equate with his sparkling image. Although he seems to have a sterling work ethic and bedside manner, sharing elderly patient Liz Murray’s advice that what kills most people is not illness, but unhappiness, there are times when he’s unavailable – even completely AWOL!

And then, only a few months after Kash has started working at the hospital, an emergency call comes through on his pager. He rushes to Trenchard’s office where a shocking scene awaits him: his boss is lying on the floor in women’s underwear with a noose around his neck and there are pornographic magazines scattered around the floor! He’s barely breathing. They put it down to ‘auto-erotic asphyxiation’. The medical team check all his vital signs and discover he’s in what’s known as a ‘locked-in state’. Who knows how long he could remain like this; alive, but unable to move a muscle, unable to speak – it is the worst form of torture. And it’s clear that this has been deliberately caused by someone wanting to cause the utmost shame to a man whose position in life was everything to him. But who would have done such a thing?

Even though he hardly knew the man, Kash takes it upon himself to do whatever he can to investigate everything there possibly is to know about Trenchard and his past, so that he can get to the bottom of why this happened.

Using his vast bank of medical expertise, Montgomery has created an intensely chilling story about ambition, justice, greed and what people will do when they think they have just a little bit of power over others. I found that there was quite a lot of medical terminology used – but then, that’s to be expected! The book is fast-paced and at times I even found myself holding my breath! This is a perfect example of how dangerous knowledge can be when it is in the hands of the wrong people, for all the wrong reasons!

It’s an exciting but rather dark 4-star read … and as you know, I use the term ‘dark’ in an entirely good way!

About the Author (I’m in complete awe!):

Hugh Montgomery is a distinguished physician, known for his pioneering genetic research.  Outside the field of medicine, he was a founding member of the UK Climate and Health Council and is an endurance expert, who has run three ultra-marathons, scaled the world’s sixth highest mountain, jumped naked from a plane at 14,000 ft and holds the world record for underwater piano playing.

Many thanks to Tracy Fenton of Compulsive Readers for inviting me along on the Blog Tour. Take a look at what these fabulous bloggers are saying about Control …