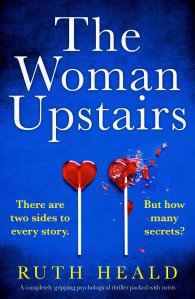 Wow! The twists in this one will give you whiplash! And our poor, naive lead character Katie is so easily manipulated that she has absolutely no idea who to believe. Everyone has a different, twisted story to tell her. What is true? What’s a lie?

I did find Katie’s trusting naivete a bit far-fetched and as much I couldnt wait to see who would spin the next yarn (and they were, admittedly all brilliantly believable), I was equally irritated that she fell for everything so easily without a second thought, never thinking to question a thing. I know I’m possibly overly cynical and suspicious but I couldn’t imagine someone reaching her age (mid 30’s) and being so very vacuous (and I seem to recall using that very same word about the main female character in the previous book I reviewed).

The chapters are interspersed with flashbacks from someone’s very troubled childhood. But whose? The reader is left guessing as to which character could be the narrator of these horrific memories. I did think I’d guessed correctly, but then changed my mind a few times before settling on the right person.

Despite its flaws though, this is a gripping read and I couldnt put it down! When Katie wasn’t annoying me with her helplessness, I did feel a bit sorry for her. She has virtually no support and is a shockingly poor judge of character, so I suppose it’s only understandable that she seeks help in all the wrong places.

This falls somewhere between a 3.5 and 4 star read. It’s an easy read, even though some of the subject matter is quite heavy and dark.

Ruth Heald is a psychological thriller writer from a suburban Buckinghamshire town. She studied Economics at Oxford and then worked in an eclectic mix of sectors from nuclear decommissioning to management consulting.

Seeking a more creative environment, she found a role at the BBC and worked there for nine years before leaving to write full time. Ruth is fascinated by psychology and finding out what drives people to violence, destruction and revenge. She’s married with one daughter and her novels explore our greatest fears in otherwise ordinary, domestic lives.

Many thanks to Bookouture for inviting bloggera along on this ‘Books On Tour’. Take alook at what other bloggers are saying about The Woman Upstairs … 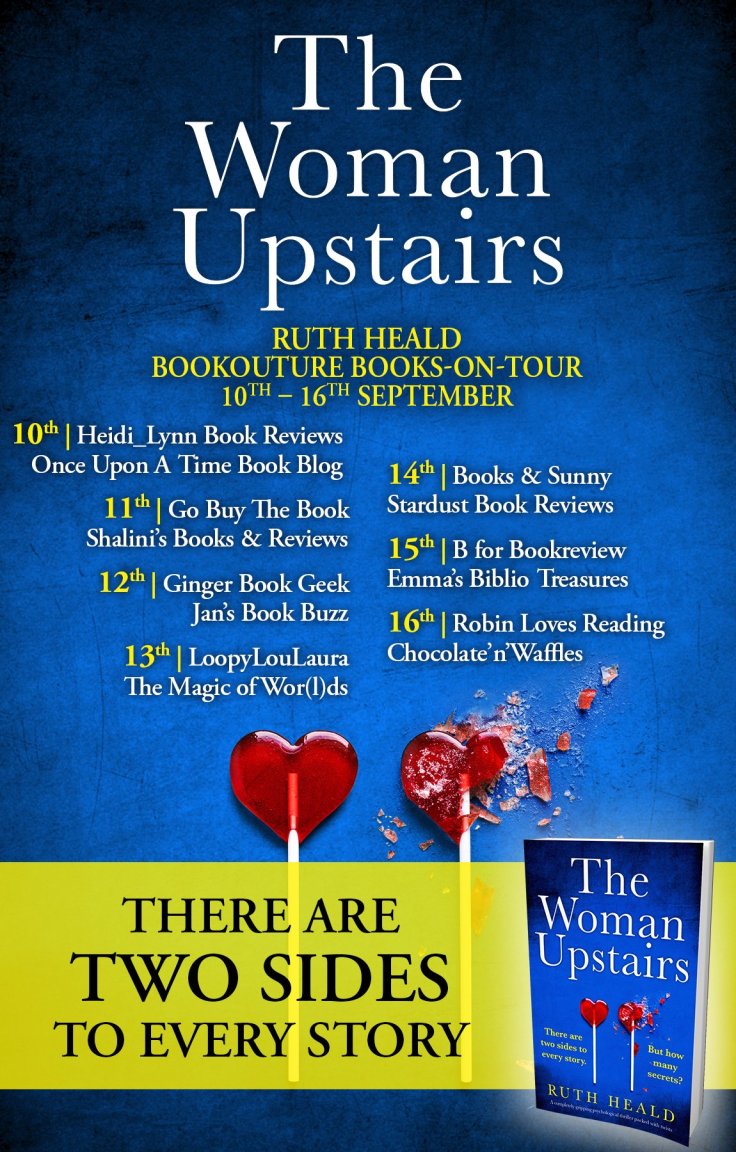