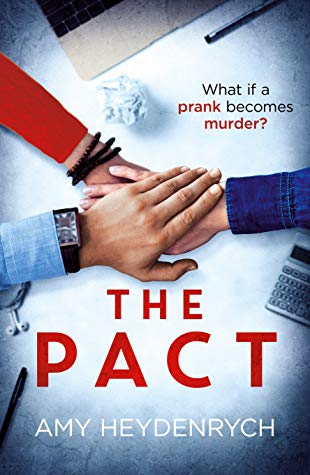 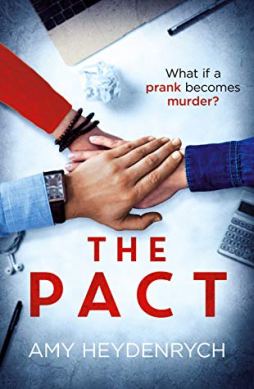 I am so incredibly excited to be on this blog tour for a South African author who I’m so immensely fond of, and I’m thrilled that this is now her second international release!!

I couldn’t put this book down – I found it absolutely riveting! It’s topical, relevant and something that so many women in the workplace will find relatable: bullying. Yes, not schoolyard bullying, but that snide, nasty bullying that’s done quite openly by females towards their fellow female workers in an office environment. The book also moves into the sphere of cyber bullying and ventures to the topic of vital female bonds both in the workplace and life itself: female friendships that see us through our darkest moments.

Freya has overcome the struggles of a difficult childhood and youth.  From numerous foster homes to living in her car, sheer determination, resilience and support from her closest friends has seen her rise above the difficulties to step into her dream job and onto the ladder of success that will lead to the bright future she deserves. She walks into Atypical, one of the country’s top tech start-ups, knowing that she’s earned this job and that she is going to play a part in transforming the lives of women in third world countries.

From day one, everything at Atypical is dream-like. From her fantastic boss, Julian, to what looks like a potential relationship with colleague Jay who is right on her wavelength, and the work itself is just what Freya has been preparing for. She loves coding and knows it’s something she’s really good at. But all dreams have to have a bit of an edge and in Freya’s dream, it’s Nicole Whittington.

Nicole is Jay’s ex, and Freya unfortunately needs to work closely with her on a work project. It seems that Nicole dislikes her from the very first minute she walks into Atypical. She’s the only one who doesn’t welcome her warmly onto the team, and she makes those ugly little comments behind her back – just loud enough for Freya to hear – at every opportunity she gets. Freya’s confidence is undermined. She knows she’s good at what she does, but what if she’s just not good enough. Complaints to her boss achieve nothing and the bullying continues … and escalates to such an extent that Freya starts to think she’s losing control of her life.

And then one night, while they’re celebrating the achievement of a successful deadline, she finally tells Jay that she just can’t take the constant attacks any more. He tells her he knows just how to make it stop, and together they play what he says is a harmless prank on Nicole. The next morning she is dead … brutally murdered.

Freya is horrified, wracked with guilt. How on earth could their seemingly innocuous prank have resulted in such a shocking ending? That was never the intention!

Told from the points of view of Freya, and Isla the investigating journalist on the case, in differing timelines from both before and after the murder, Heydenrych takes her readers on a journey into the minds of two deeply damaged souls: both damaged in very different ways that they cannot escape from; damage that characterises their behaviour and their reactions in ways that others may not comprehend.

The author’s depiction of the different methods of attack are so detailed that one can actually feel the levels of discomfort reaching out from within the pages of the book, to wrap their tentacles around you, drawing you in and making you either complicit or prey, depending on your viewpoint.

The pace is fast, the chapters mostly brief and I could not put this down! It’s the perfect holiday read, despite its uncomfortable topic. But at its most basic level, who can resist a story about bitchy co-workers, an office relationship, and a prank gone wrong … which is ultimately what this is …

It’s a 5-star read. I loved it! This is the holiday read I’m recommending to everyone!

Thank you to Tracy Fenton of Compulsive Readers for inviting me on the Blog Tour. Take a look at what other bloggers are saying about The Pact …