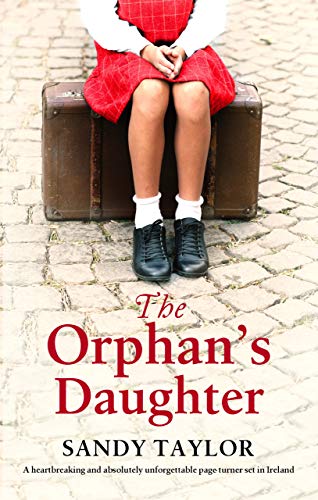 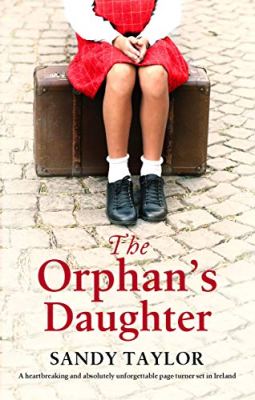 Oh my word Sandy Taylor! What a gem of a book this is! Not only did I absolutely love it, but it made me yearn to get on a plane and head straight to Ireland for a long-overdue visit. If ever a book as evoked a feeling of such heartfelt longing to be somewhere then this is surely the one!

It’s 1924 and Nora and her best friend Kitty are in their early teens, living in the County Cork village of Ballybun. Times are difficult and every day seems like a struggle, but they have each other, and their loving families which is far more than many others seem to have in those harsh times. The descriptions of the two girls sitting on the wall of the churchyard ‘scoring’ funerals had me rolling with laughter, so typical was their innocence and raw honesty.

Nora adores her Mammy and Daddy, and is especially close to her Grandpa Doyle who has taught her a love of books and reading (and big words), and although she does her best to help where she’s able to and to do what she’s told, she just can’t understand why her Mammy has instructed her never ever to set foot inside Bretton House – the fancy house, where the ‘Honourables’ live, which is set apart from the rest of the village. Why would her mother tell her such a thing, and what on earth would her family have to do with the hoi poloi anyway?

But as tends to happen, her mischievous friend Kitty finds a way to sneak into the grounds of Bretton House – they figure the ‘grounds’ aren’t the same as being inside the actual house itself really, so Nora isn’t going against her Mammy’s wishes if she’s just in the grounds of the house, is she? They meet the cheeky, but friendly Eddie and quickly befriend him, visiting often. One day he shows Nora a secret garden, just like the one in one of her favourite books, and together they begin a journey of bringing the garden to life, learning about the different plants and flowers and grow and flower during the different seasons.

As the children grow up though, circumstances change, and Nora finds that she’s no longer able to remain in her beloved Ballybun. With the opportunity to move to Dublin, where a new life awaits, she grabs the chance to see what the big, wide world has to offer her, hardly believing that she’s leaving the place where she thought she would be content for the rest of her life.

This heart-warming coming of age story has themes of friendship, loyalty, loss, choice and most of all resilience. Ballybun is a place where people have very little when it comes to material possessions, but when it comes to love, support and friends they truly want for nothing. There is virtually no greed or envy – there’s no time for either of these when everyone needs to work hard every day, just to get by. And they’re happy with their lot. They have a strength of character that surpasses trivialities.

Sandy Taylor creates characters with heart. They’re so real that you can almost hear their witty banter reverberating from the pages! Some of the lines really are laugh-out-loud hilarious! I just loved it to bits!

I highly recommend this 5-star read. I can’t believe I haven’t read any of Sandy’s other books, but they’re firmly at the top of my TBR list, and my next trip to Ireland has been bumped up the travel-list too! 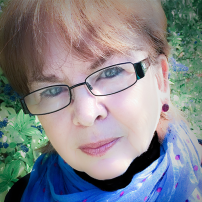 Sandy Taylor grew up on a council estate near Brighton. There were no books in the house, so Sandy’s love of the written word was nurtured in the little local library. Leaving school at fifteen, Sandy worked in a series of factories before landing a job at Butlins in Minehead. This career change led her to becoming a singer, a stand up comic and eventually a playwright and novelist.

Thank you to Bookouture for inviting me to tour with them once again. Take a look at what other bloggers are saying about The Orphan’s Daughter … 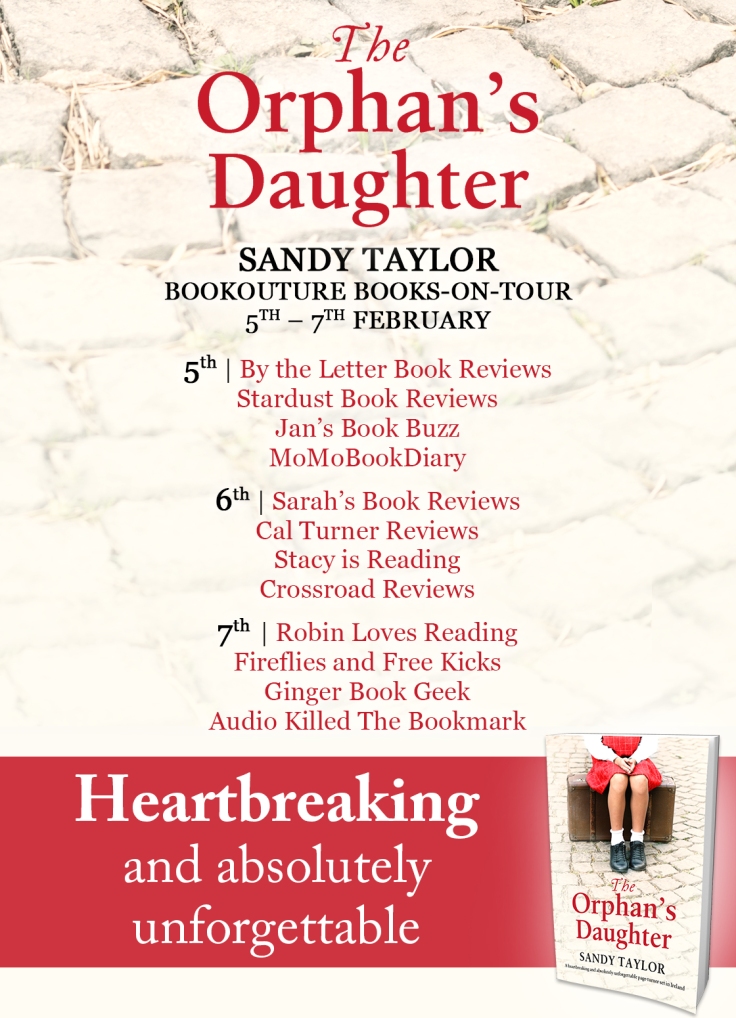