Well if this gorgeous cover doesn’t want to make you grab this book and dive right into everything that it has to offer, then I don’t know what will!

It’s Agnetha (Aggs) McMaster’s 45th birthday and she’s promised herself that from today she’s taking back her life. After devoting far too much time to others, she’s decided that now is the time for her to spend some time giving back to herself! Not that she isn’t happy with her life … it’s just that she’s realised the time has come to think of herself first. She’s managed to move on after the death of her mother, difficult though it’s been, and she’s way past over her divorce from Mitchell ten years ago. They’re even on pretty amicable terms now, although the same can’t be said for her and his current wife, Aggs’ ex-best friend Celeste. She loves running the family business – a thriving coffee shop –  with one of her daughters, and she may even have a budding new relationship on the horizon.

Hope McTeer thought she’d never see this day arrive: she’s about to meet her biological father for the very first time. She never had any intention of seeking out her birth parents and has been content all her life with her adoptive parents and sister Maisie. But now something’s cropped up that’s caused her to go looking for some answers, and as she waits, she has no idea what’s about to unfold.

Told from different points of view and in two alternating timelines – Glasgow in the present and LA in 1997 when Aggs and Celeste were young and carefree – Shari Low skilfully weaves a story of friendship, relationships, betrayal and deception. Without delving into psychoanalysis or anything too scientific I found this to be a thoroughly interesting look at how one’s upbringing directly affects one’s perception of self, and how this might influence a person to feel such a desperate need to manipulate people and events to suit oneself with little or no regard as to how others may be affected.

Readers will quickly become invested in these wonderful characters. The banter between Agnetha’s twin daughters is absolutely laugh-out-loud delightful, as is the hilarious chatter between Hope and her sister Maisie! Mitchell, despite all his failings is actually quite lovable and more than once I wanted to give him a hug. The supporting cast of characters, especially from the bereavement group are all quite lovely and add to the backbone of the story.

This is a thoroughly enjoyable 5-star read. Thank you to Boldwood Books and Ra Ra Resources for inviting me on the blog tour. Take a look at what other bloggers are saying about One Day in Summer … 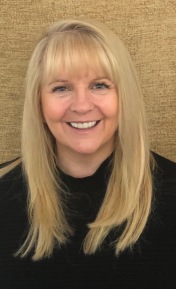 Shari Low is the #1 bestselling author of over 20 novels, including One Day In Winter and My One Month Marriage and a collection of parenthood memories called Because Mummy Said So.  She lives near Glasgow.