What is it that ‘they’ say … “old age isn’t for the faint-hearted”? Well that’s certainly true in some cases but for those who embrace it and make the most of it, it can be just as good, if not better, than being young!

Barbara is in her late 70’s and after a bit of a health scare (where she wakes up assuming she’s died), invites herself to stay with her sister Pauline, of a similar age, to convalesce. Pauline knows that she should have said no to Barbara’s bossy intrusion, but realises that this would have presented a whole new set of problems, so allowed her sister to just arrive. To say that these two are polar opposites would be an understatement.

Barbara is a no-nonsense spinster who has no time for soppy sentimentality and dilly-dallying. She’s all sharp edges and tactless criticism. Pauline is a widow with a daughter living in New Zealand. She is a lot softer and friendlier than her sister, and enjoys her established life in the Somerset village of Winsleigh Green … and now her sister has come barging in to change all of that.

But then on a drive into the village, Pauline accidentally knocks over elderly Bisto Mulligan with her car. He looks like a grubby vagrant, and Barbara, always quick to judge, immediately writes him off as a drunkard who’s lurched in front of their vehicle. But much to her horror, Pauline spots something else in Bisto’s eyes and realises there’s a lot more to this man, beyond what he looks like on the outside, and she invites him to come and stay at her cottage, just so that he can get his bearings again. After all – it was her who knocked him down!

Over the summer, these three very unexpectedly form a highly unlikely bond. As the sisters discover that Bisto certainly isn’t just a homeless drifter, he captures their hearts, and weaves his way into the daily life of the village and its residents. As I read, I often found a subconscious smile on my face, so it seems he didn’t only have that effect on everybody else, but on me as well! What a delightful story about older people discovering that life undoubtedly does continue after your 40’s and 50’s and after tragedy and loss, whether that loss is of a partner, a career or a child leaving home. It’s just gorgeous.

And what a breath of fresh air for readers to discover that there are books out there that aren’t only about young 20- and 30-somethings going out into the world, making mistakes, finding and losing lovers and friends, only to encounter new ones in unlikely places, and maybe even rediscovering those same ones later on along the journey. There are some fabulous laugh-out-loud moments: I think I re-read the beginning where Barbara assumes she’s dead at least a dozen times – don’t judge me, it’s hilarious! The Welly Wanging competition rules are really funny, as is Barbara’s running commentary (in her head) of her first yoga class!! There are others, but this is just a taste!

This is a lovely, heartwarming 5-star read. Village life is always bound to be full of interesting, amusing characters and Judy Leigh has skillfully managed to create a fabulous bunch here! I adored them.

Thank you to Boldwood Books and Ra Ra Resources for inviting me on this thoroughly enjoyable blog tour. Take a look at what others are saying about The Old Girls’ Network … 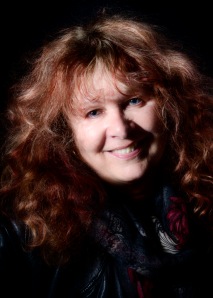 Judy Leigh is the bestselling author of Five French Hens, A Grand Old Time and The Age of Misadventure and the doyenne of the ‘it’s never too late’ genre of women’s fiction. She has lived all over the UK from Liverpool to Cornwall, but currently resides in Somerset.