Thank you to Rachel’s Random Resources (@rararesources) for inviting me along for The Flowerpot Witch by Wendy Steele (@wendywooauthor). Don’t miss the GIVEAWAY at the end of the post – open internationally!

What’s the book about?

Lizzie Martin has chosen pottery to be her new career… but the teacher from hell threatens to thwart her ambitions before she starts.

She has support from her best friend Louise and Evan, another pottery tutor, but Rowan, her fifteen year old daughter is restless, Josh, her ex-husband is colluding with her aunt and though her mother is alive, access to her is forbidden. When The Morrigan appears in her sacred circle, Lizzie knows she has a battle on her hands.

There is hope though.

Stardust the chicken brings a new creature into Lizzie’s life and a long awaited meeting with her Aunt Matilda brings Lizzie’s past into perspective.

Lizzie’s magic ventures beyond The Sanctuary, into the Welsh landscape and the realms of the fae. 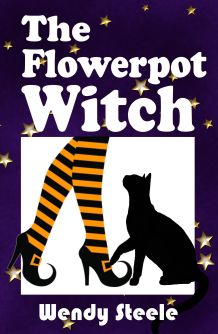 Lizzie Martin is endearing and delightful – why anyone would bear her ill will is beyond me. Struggling to do what’s right, she finds life more difficult now that she has no financial worries (due to a generous inheritance), than she did when she was battling to pay the bills! The burden of responsibility that comes with being the recipient of such a reward weighs heavily on her shoulders.

She has a fabulous best friend, Louise to share her worries with. Louise is a dispenser of great no-nonsense advice and she sees things for what they are, hence allowing her to be both understanding and firm.

While trying to navigate the trials of figuring out how to make her inheritance useful and helpful to those around her, Lizzie has to deal with a rather complicated family situation and some rather nasty trolls: her ex-husband Josh, who seems intent on messing with his daughter’s head, as well as finagling his way into Lizzie’s moaning and miserable aunt’s life so that he can partner with her in whatever mischief he has planned for poor Lizzie; her ex-boss and his family, together with his past criminal activity that she can’t seem to shake; and attempting to trust George who she thinks she quite fancies, but isn’t too sure of.

My favourite character was Rowan, Lizzie’s 15-year-old daughter (possibly because I too have one of these). Wise beyond her years, but still very much a typical teenager, she’s clearly a product of her mother and the author shows great character insight in the scenes between mother and daughter. Their relationship has such a strong foundation and one can only smile reading their easy banter and loving interaction. It radiates off the pages.

While this was promoted as being able to be read as a standalone, it’s the third in a series and for quite some time in the beginning of the book, I battled to figure out what was going on. Although the author does bring in some backstory, I found it didn’t flow as easily as I’d have liked.

Although the cover is cute and hints at something light and airy within, I found it at odds with the actual content. Yes, Lizzie prefers to dress in a quirky, colourful manner, but that doesn’t mean that she doesn’t take her pagan practices very seriously. It’s not just hocus-pocus stuff. These are her beliefs and how she lives every aspect of her life. The descriptions given are fascinating and give wonderful spiritual insight into a way of life that many people tend to view with disdain – usually due to pure ignorance. If only they would be more sensitive to others and their faiths and ideas, as Lizzie is, the world would be a much happier place! 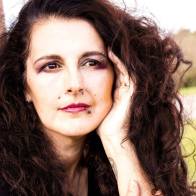 Author Bio: Wendy Steele is author, wise woman, goddess. She is writer, dance teacher, mother and healer. Her passion is magic.
‘The Lilith Trilogy’ leads the reader along the paths of the witches Qabalah, following Angel Parson’s story of betrayal, retribution and redemption. Her magical story contains high magic as well as pagan ritual.
‘The Standing Stone Book Series’ focuses on the lives of three women linked together across time and space by the standing stone. The countryside is the focus of their magic, embracing the gods and goddesses, tree spirits, elves and fairies.
Her latest series, The Wendy Woo Witch Lit Series, begins with The Naked Witch. Lizzie Martin, receptionist, single mother and witch, is asked by her new boss to conform and embrace the corporate dress code. The reality of paisley to pin stripe, an unexpected stay in hospital, monitoring of her fourteen year old daughter’s latest crush, the search for the truth about her father’s death and two new men in her life, give Lizzie plenty of plates to spin. In The Orphan Witch, Lizzie is grieving while trying to find her real mother and the truth about her father, and in the third book, The Flowerpot Witch, due to be published on 21st June, she embarks on a new career, thwarted at every step by those around her.
You can hear Wendy telling her short stories in Pan’s Grotto on her Welsh riverbank, and on her YouTube channel, The Phoenix and the Dragon.
Wendy’s non-fiction title ‘Wendy Woo’s Year – A Pocketful of Smiles’ offers the reader 101 ideas to bring a smile to every day.
Wendy lives in Wales with her partner, Mike, and cats. If she’s not writing or teaching dance, you’ll find her renovating her house, clearing her land or sitting on her riverbank, breathing in the beauty of nature.
There are lots of different ways for you to connect with Wendy, and here they are:
Website: www.wendysteele.com
Twitter: https://twitter.com/WendyWooauthor
Facebook: https://www.facebook.com/destinyofangelsnovel/?fref=ts
https://www.facebook.com/WendyWooBooks
https://www.facebook.com/TheStandingStone
Amazon author: http://www.amazon.com/Wendy-Steele/e/B007VZ1P06/ref
http://www.amazon.co.uk/Wendy-Steele/e/B007VZ1P06/ref
LinkedIn: https://www.linkedin.com/profile/view?id=216391838&trk=nav_responsive_tab_profile
Goodreads author: http://www.goodreads.com/author/show/6548666.Wendy_Steele
YouTube channel: The Phoenix and the Dragon
https://www.youtube.com/channel/UCw3ee9CuNdek9ZC1Im8I_iA

*Terms and Conditions –Worldwide entries welcome.  Please enter using the Rafflecopter box below.  The winner will be selected at random via Rafflecopter from all valid entries and will be notified by Twitter and/or email. If no response is received within 7 days then I reserve the right to select an alternative winner. Open to all entrants aged 18 or over.  Any personal data given as part of the competition entry is used for this purpose only and will not be shared with third parties, with the exception of the winners’ information. This will passed to the giveaway organiser and used only for fulfilment of the prize, after which time I will delete the data.  I am not responsible for despatch or delivery of the prize.
Click on this link to enter: http://www.rafflecopter.com/rafl/display/33c6949492/?
Purchase Links:
Amazon UK – https://www.amazon.co.uk/Flowerpot-Witch-Wendy-Lizzie-Martin-ebook/dp/B07DDK3BYW/ref
Amazon.com – https://www.amazon.com/Flowerpot-Witch-Wendy-Lizzie-Martin-ebook/dp/B07DDK3BYW/ref
Follow along the rest of the blog tour here …