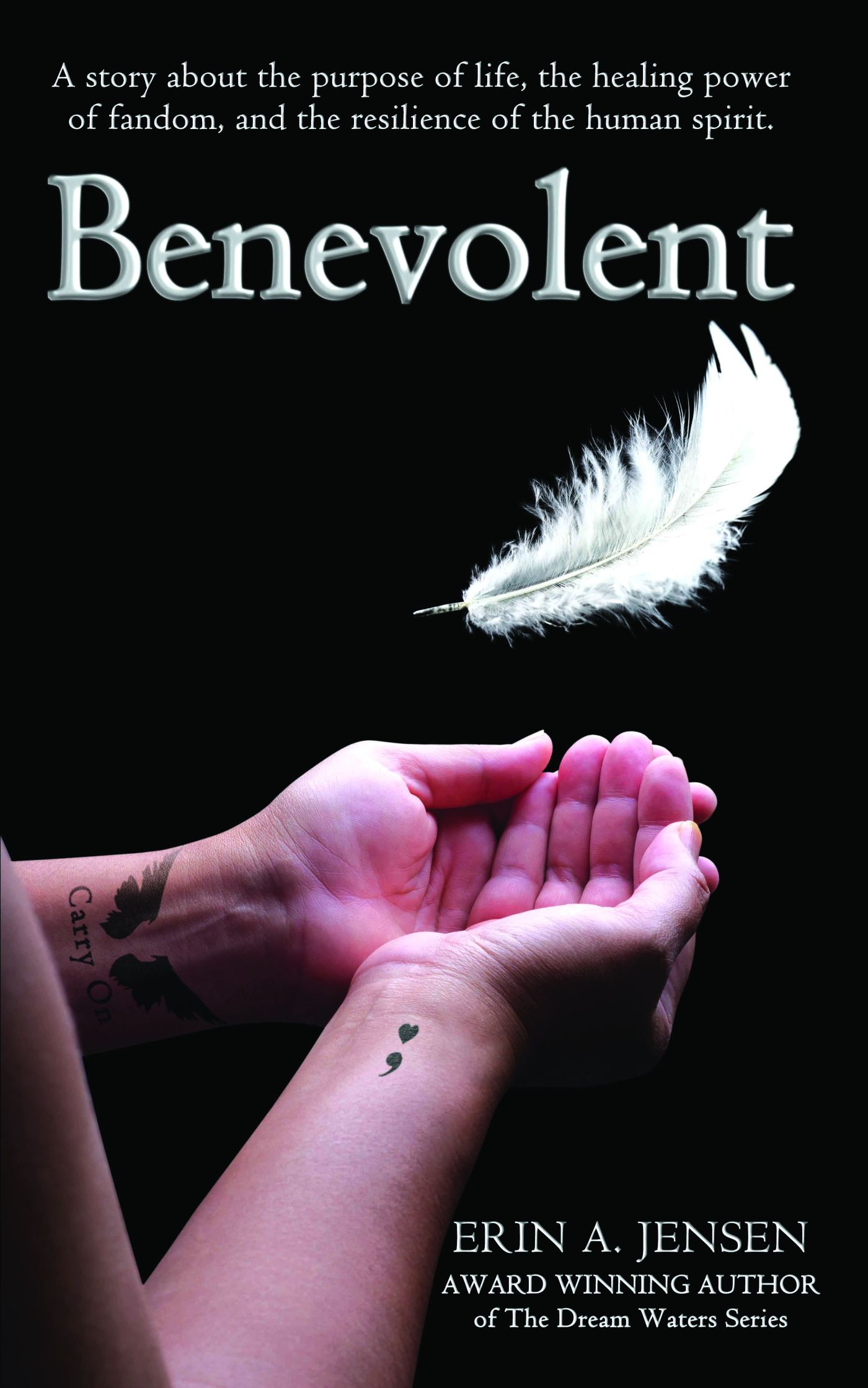 I’ve never watched the TV series Supernatural, from which this book draws strong foundations. However, I’ve always liked the idea that we’re all guided and protected by guardian angels of some sort, which is what attracted me to this book.

Abigail is one of those teenagers who just doesn’t fit in. She’s an easy target for bullies and they make her life a misery. Until the day she meets Danny and they become best friends. They’re kindred spirits really – they immediately click and understand each other. And most of all, they share a love for the TV show Supernatural, which they can watch over and over again. Danny makes Abigail’s life bearable. Finally, she has a friend.

But then Danny becomes sick, and eventually loses his battle with cancer. She’s devastated when she’s told that she can’t even go and visit him one last time, knowing that he won’t make it through the night. Escaping to her her bed, wondering how she will wake up the next day in a world without her friend in it, she cries herself to sleep. But she wakes up in the middle of the night to find a presence in her room: Castiel, her favourite angel from Supernatural is standing in her bedroom. Is this possible?

Told from Abigail’s perspective as she’s lying on her own deathbed, we journey through her life … her ups and downs; her joys and heartbreaks. She takes us through the years following Danny’s death and we see how she coped with his loss and how she overcame the many obstacles she was to face in the coming years.

This is a touching story, made even more meaningful when you read the background behind it and how the author came to create it.

I loved the way we were able to go through Abigail’s life, while also being able to get a glimpse of her right at the end of it. I do admit that Castiel himself – although his role is obviously pivotal to the plot – got on my nerves a bit! The way he ‘whispered’ everything instead of speaking. But maybe his Supernatural character speaks like that, or maybe that’s how the author imagined angels should speak … I don’t know. Perhaps he thought that speaking in a normal tone would scare Abigail – again, I don’t know. I just felt that if he’d taken on human form, he could have spoken more like a human, with less ‘whispering’!

This is a 4-star read. It’s gentle and touching, and I think many of us would like to think there’s someone or something out there ready to rescue us when the going gets tough. This book lends some hope to that idea.

Thank you to Love Books Tours for the opportunity to join this blog tour where all the book sales have gone to charity.

100% of the net proceeds from this book will go to Random Acts charitable organization.

Random Acts inspires many amazing things around the world every day — from small acts of kindness, such as inspiring someone to buy a stranger a cup of coffee, to much bigger acts of kindness like building a school in San Juan del Sur, Nicaragua.

Erin A. Jensen is the Amazon International bestselling author of The Dream Waters Series. Her debut novel won the bronze medal for fantasy fiction in the 2018 Readers’ Favorite Book Awards and received honorable mention in the 2018 Writer’s Digest Self-Published e-book Awards. A part-time pharmacist and a full-time daydreamer, she lives in upstate New York with her husband and two sons

One thought on “BLOG TOUR – Benevolent by Erin A. Jensen”